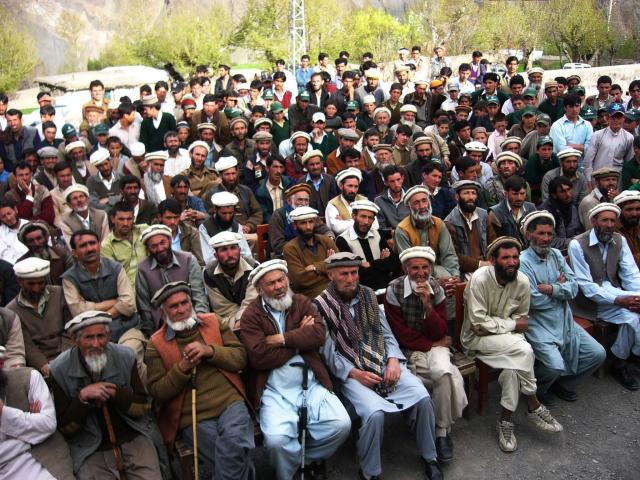 CHITRAL: As well as one person died while crossing snowbound by feet. According to Chitral police Nimatur Rehman son of Yakhya Baig resident of Shahi village Sheshikoh valley was trying to cross Lawari top by feet which has been blocked for all type of vehicular traffic last year. When he reached in the middle of the pass he was died by heart attack (cardiolic problem. He was employee in Frontier Constabulary and presently was performing his duty at Dara Adam Khel. He has come to his ancestral town on leave and wants to precede Dara Adam Khel for his duty as the only land route of Chitral has been blocked by heavy snowfall while personals of forces are not allowed to travel via Kunar  . That is why he was trying to cross the snowbound killer top by feet and died in the pass. His dead body was recovered by local volunteers and was handed over to his family.

Provincial Minister for Population welfare Saleem Khan announced uplift schemes while visiting upper areas of Chitral. He was received by a large number of people at Kari village who demanded for up-gradation of girls primary school to middle one and supply of potable drinking water. Provincial minister assured them for up-gradation of the school and launching of water supply schemes from Golain goal water channel to the entire area. He said that I have requested to Prime Minister for special package and after approval of the fund many uplift schemes would be launched here. Provincial minister also visited Koghuzi village where he was warmly welcomed by a large number of people. Residents of the area demanded for construction of play ground in the area as youths are totally deprived from stadium and play ground. Saleem Khan assured them for construction of stadium on priority basis to save the young generation from social evils and drug addicting. He also distributed cheques for maintenance of schools under PTA fund. Elites of the area also demanded for construction of a bridge at near power house to connect Upper area to Lutkoh.

A public meeting was held at Shaaghor village near Kujo which was attended by a large number of PPP workers and elites of the area. The residents of the area demanded for establishments of schools for boys and girls, health units improving of communication network and  water supply schemes both for irrigation and drinking purposes. Addressing to the public meeting provincial minister congratulated the nation for promulgating Nizam Adal regulation in Malakand Division including Chitral and termed it a mailing stones for imposing of Sharia in the country which was manifesto of Shaheed Zulfiqar Ali Bhutto who included many items regarding Islamic Sharia in the constitution of 1973. He said that Lawari tunnel was started in Z.A Bhutto regime and will be complete in PPP government. He said that PPP released heavy fund for construction of Golain goal hydro power project of 107 mega watt.  Provincial minister also visited Priate village where a large number of small girl students and elites of the area presented him warmly welcome. Residents of the area demanded for up-gradation of girls primary school to middle category and establishment of high school as well as provision of water. Saleem Khan assured them for solving their problems on priority basis and stressed upon them to strengthen PPP for solving problems of poor segment. A large number of people belongings to all walk of life attended his public meeting.