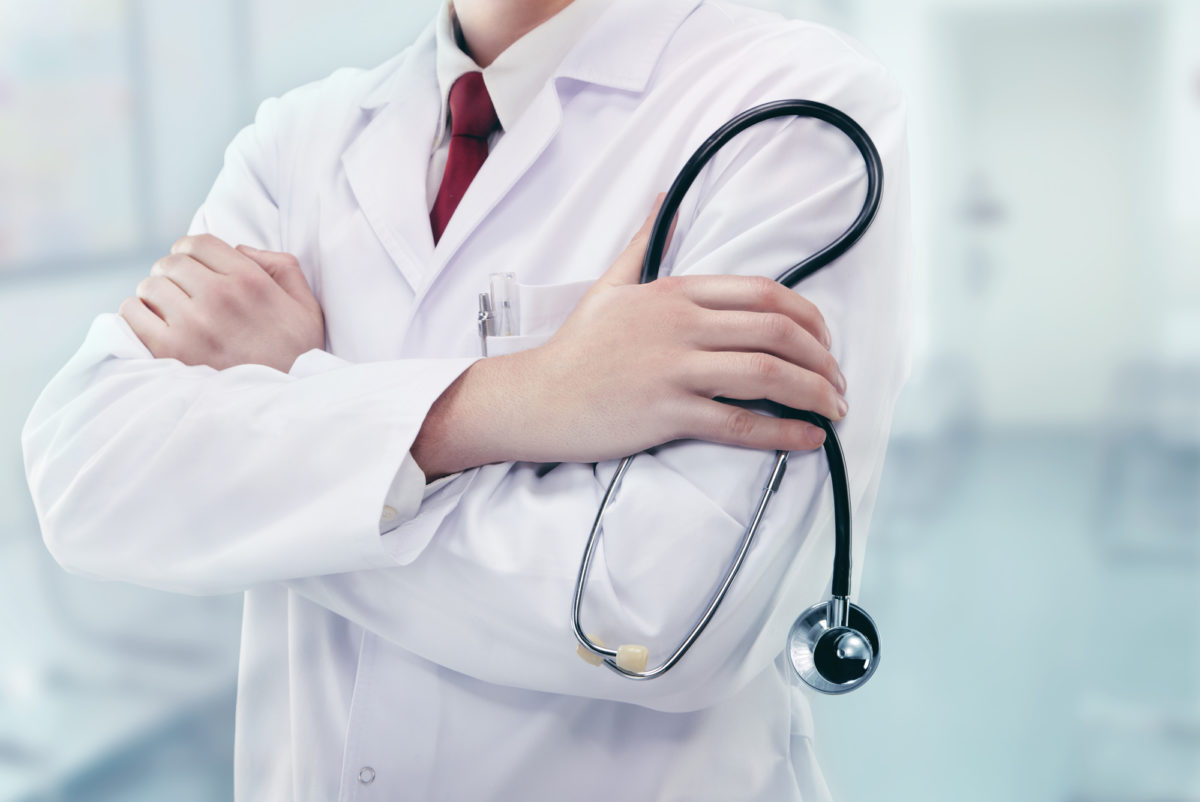 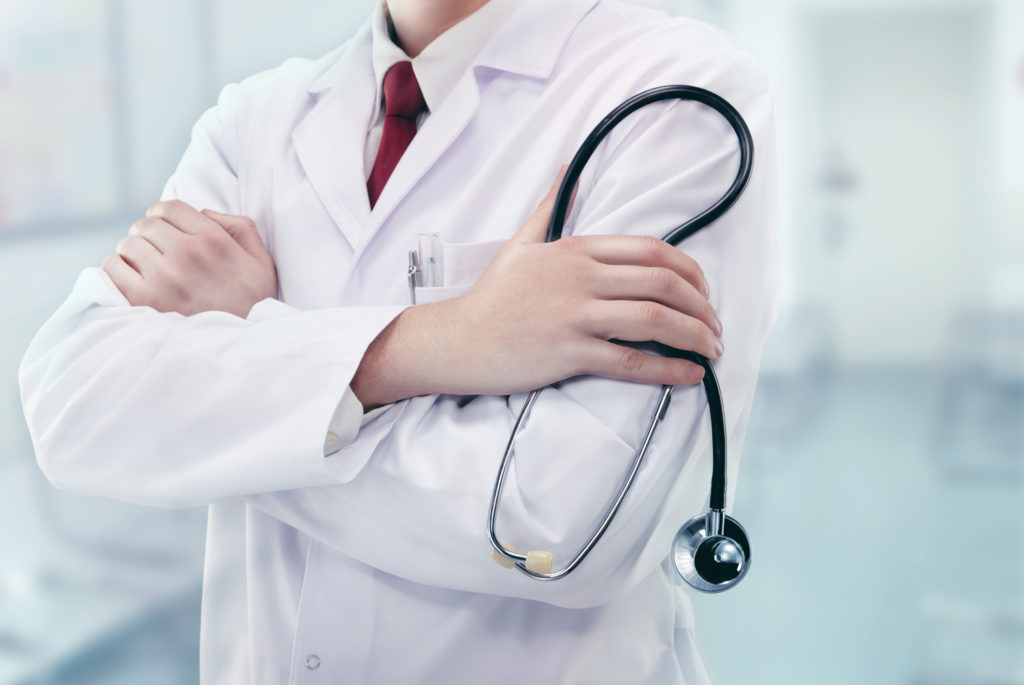 Doctor with stethoscope in a hospital.

All those Trump voters who regret their votes, now do so because of the healthcare policy changes -amongst many other issues. Healthcare management is among the most debated topics nationwide. From dedicated supporters to vocal detractors, people all over the country have something to say about the national healthcare system and the changes it was subdued to. The costs of healthcare plans and management dysfunctions have been just the tip of the conflict-iceberg in the last years, as more serious challenges and failures need to be tackled by all parties involved.

An expert National Institutes of Health report clearly states that even privileged Americans with high incomes and solid healthcare plans have more health issues, higher risks of mortality, poorer education of health preservation and shorter life expectancies than the inhabitants of all other 16 developed peer countries included in the study. One of the reasons behind these results is considered to be the very functioning principle of the American healthcare system management. But is this the only issue?

Medical care and health issues depend in a very large degree on the science that evolves and develops for the greater good of mankind. There is no surprise that science put a halt to some medical practices when it found they to do more harm than good to people. Today, medical discoveries and therapies are no longer dictated by science, but by clever marketing strategies pushed by pharmaceutical conglomerates and political agendas. While nobody promotes more than a healthy dose of paranoia, the issue with old medical procedures vs. new ones is crippling our healthcare system. Some reversals are of no use, while some old-school procedures, even if proven ineffective, take years to be changed and replaced with efficient alternatives.

The healthcare system of 2017 seems incapable of testing new procedures and implementing clinical trials, scientific development or a renewed commitment to patient well-being. A Mayo Clinic study published a report on the frequency of medical reversals of the past decade and discussed their impact on our future health and bellow you’ll find their conclusions apply for this year’s Healthcare management as well.

This is a term that only Americans know about and experience, as other countries (even the poorly developed ones) work with a form of national health security system. And while the United States spends more on healthcare than all the next ten developed countries combined, 35% of all Americans face medical poverty: the financial impossibility to pay their medical bills and healthcare plans.

Among all developed nations, the U.S. ranks last in health status and mortality rates while it practices some of the higher prices for healthcare. The Affordable Health Care Act, while intending to offer access to insurance to about 30 million Americans that don’t benefit from it, cannot and does not solve the issue of over-the-top healthcare prices, over-charges or illness prevention strategies. In other words, the newly insured Americans are likely to face the same medical poverty that affects the others.

This issue has been on the table for many years, and many agree that the current care vision doesn’t include prevention strategies, only disease-based interventions. With 69% of the total population suffering from obesity and weight problems and with coronary heart diseases being the number one killer in the country, there is no argument to be made.

The healthcare system last year focused on high-priced drugs and over-the-top invasive surgeries and dismissed the use of alternative care, prevention education or the fostering of cheap or free integrated health alternatives such as nutrition benefits and plans, exercise programs like max workouts, or stress-relieving methods.

After Australians, Americans register the highest rates of chronic diseases in adults and children alike although they pay for healthcare significantly more than Australians do. This current issue is intimately linked to the one discusses above: the present healthcare system doesn’t treat an illness unless it becomes an emergency that needs to be dealt with by surgery and costly medication.

The numbers are staggering: Americans consume nearly 4,000 calories a day on average (which is the highest rate on the planet) and yet they are malnourished. The worlds’ most expensive healthcare system seems to be blind to such data, as it only intervenes when well-insured or poorly-insured citizens end up in an emergency room.

5. The Poor Coordination of the Healthcare System

Management wise, this year we will all have to keep an eye on consolidations, mergers, medical group acquisitions, affiliations and integrations as services – a trend which apparently will determine a better and more efficient coordination of the healthcare system. However, since 3 out of 10 medical tests are reordered because they get lost and around 2,000 people die annually because of preventative medical errors, the future doesn’t seem bright at all.

Even with the technological integration in healthcare and the state of the art gadgetry hospitals and physicians use, people are still poorly diagnosed and treated. The fragmentation of healthcare services and the poor management of patient records and referrals will not see their end this year.

According to recent data, there is less than one primary care physician per 1,000 people across the United States. This means that fewer and fewer Americans receive the minimum healthcare support from a specialist. In other words, Americans pay and will pay for extremely expensive services while stating that their primary physicians don’t know much about their actual state of health, history and health risks – which can have devastating effects on the future quality of care they receive in hospitals and medical centers. That being said, we may have to acknowledge the fact that we probably don’t have sufficiently trained doctors to handle all the medical challenges facing the world today.

6. State Budgets Are a Mess

One cannot separate the issue of individual healthcare for the average American from the state budgets and policies. Reports show that all states, even if they picked up the Medicaid expansion or not, still deal with messy budgets and administrative issues. State funds are affected by the pension costs and the healthcare responsibilities they have towards former state government employees. Secondly, Medicaid expenditures and the dilemma of expanding Medicaid or not led to hot political debates which have an ultimate consequence the poor healthcare services and support destined to the public.

The new healthcare law has its strong points and its weak points, and all of them can make the subject of interminable debate. However, one issue elicits the specialists’ concern: the government spends billions of dollars, and people pay increased taxes while the benefits of such sacrifices are low to non-existent.

The increased insurance costs and the higher taxes add up to become a serious blow to the American’s income and quality of life. Over 70% of the economic activity of the country relies on consumers’ money spending – but this gets increasingly questionable and vulnerable since Americans are today faced with the problem of spending much of their earnings on healthcare services they aren’t satisfied with.

8. Distrust and Dissatisfaction with the System

The current healthcare system doesn’t seem to engage the public in a satisfactory and trusting relationship. The problem is not that of waiting in line for medical care (at least not in comparison to other countries), but of not receiving enough respect, attention, nurture and sympathy from the ones meant to save our lives. The issue of poor bedside manners, inefficient scheduling, patient confidentiality, empathy or coherent medical explanations provided by doctors is not superficial.

Looking at things from a wider perspective, we can see that our physicians are overworked, poorly financial rewarded for the care they provide, improperly supervised and extremely vulnerable to medical errors and malpraxis lawsuits. The healthcare system is congested, highly expensive and not at all rewarding towards the men and women offering medical services.

It doesn’t really matter that millions of people have now access to health insurance and are eligible for insurance even if they have pre-existing conditions. What matters is that the system is still inaccessible to most of them. It is still very hard to obtain efficient care services during weekends, at night, during holidays or other after-hours time frames without resorting to the ER. Reports show that even insured Americans have issues in seeing a doctor the day they need one. On the other hand, resorting to the ER is very costly and time-consuming if the health problem isn’t an actual emergency.

One of the most important healthcare trends to watch out for this year and the next is the technological rise which will become a synonym to healthcare. This means more than hi-tech devices and designer highly efficient drugs, but also fundamental shifts in patient care and supervision, patient monitoring and screening, timely interventions and heightened patient satisfaction. However, reality shows that all big players in medicine, pharma, insurance, IT and so on are competing in a money-making race, as more and more contracts between providers and beneficiaries become more and more interesting.

And while we are a country that invented competition, and good business deals, the end-user (the American public) will still be facing medical errors, poorly coordinated medical services and prices that go through the roof in 2017.