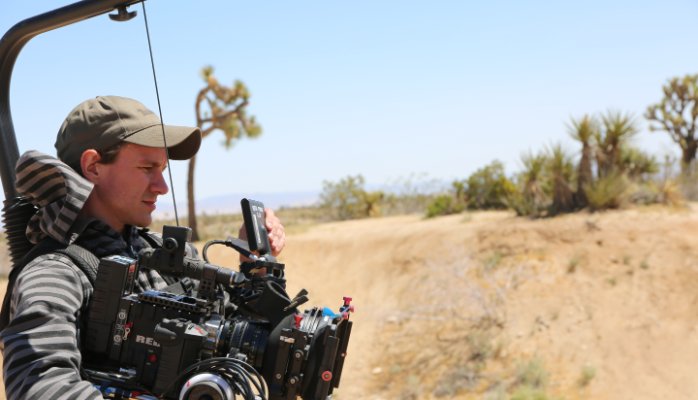 Recently I started to produce my first film project. And, of course, as any newbie I was faced with a lot of questions: “How?”, “Where?”, “Who?”, and “How much?”. Well, perhaps one of the most important questions is how to achieve the highest quality product within a limited budget. And I decided to ask for advice producer and cinematographer Bogdan Yansen.

“In development of any project there is nothing supernatural. Everything is based on three things: practicability, preparation, and management – says Yansen. – I’ve learned everything by trying and analizing my own mistakes”

So, what do you need to keep in mind when creating your media project?

1. The very first and most important question you ought to ask yourself is if the implementation of your idea is really matter? Be honest with yourself. To achieve a great result you’d have to spend the most valuable of resources – your time!

2. Do not rush or jump between the different stages of the project. There is an important sequence to follow – start implementing the project stage by stage. As an architect I know that each step in constraction rests on the solid foundation of the one before. Same with filmmaking. There are three main stages: pre-production, production and post-production. The results of each of these stages depends on quality of the previous one.

3. With the advent of technologies, there are different pathways to bringing your movie to life. Know this: the most expensive option is not necessarily the most appropriate or optimal. Familiarize yourself with all availabilities: consult with professionals and talk with your friends from the film industry. Eventually, you will come across a solution which will be acceptable and affordable.

4. Teamwork! No matter how fantastically great of a talent you believe yourself to be, filmmaking is not a ‘one-man show’. A well-chosen group of people will elevate the project not only with high quality and rapidity, but will also benefit problem solving, which inadvertently pop up. The “right” team must be made up of crewmembers who possess appropriate tools to perform their assigned duties. If that is not possible, then like-mindedness and communication skills ought to be sought from those willing to be involved in the project. Moreover, it is very important if your collaborators as passionate about your project as you are.

5. Preparation, preparation, preparation! In fact, making the film starts way before the camera is even picked up. During the pre-production phase, attention to every detail is extremely important. Thinking through every aspect of the idea being brought to life will undoubtedly mediate any unforeseen slip ups which may occur. All “errors” are deeply rooted in poorly planned details. In the pre-production stage of your project plan everything to the last detail, right down to the font of the closing credits!

6.  “Timing” is everything. Don’t procrastinate and start right away without delays. Spent decent amount of time for the pre-production, so that production will go smooth and fast. This is crucial. Protracted projects, those which get stuck in one of the stages of the production, will always be more costly than those that were made quickly. And, time is money or the lost opportunity.

7. Always correlate desired results with realistic means. That is, the project should be on par with the budget available to you. If your script calls for an explosion of a late-model car on some downtown street, but you only have enough cash to rent it, then perhaps it’s best to re-write the scene. Adapt your script to be in line with what is producible. It’s better to spruce up something simple than to shoot a complex idea cheaply.

8. Logistics is probably the most complex aspect of filmmaking. Streamlining the logistical components and concise decision-making are keys to preserving the budget. Take time out to think through each step, from the first day of filming to the final days of editing. There are hundreds of ways of achieving the same effect. Be creative: less expensive solutions, which will yield a desired result may be hiden around the corner.

9. Investors and investments. Try to think who else might be interested in your project and somehow benefit from it. Maybe there are people willing to invest in it. Obviously, supporting funds ease the burden of production. Don’t be shy… keep your eyes and ears open: ask around, learn from others, suggest and share your ideas.

10. It is important to understand that when you make YOUR movie, the responsibility always rests on you. You either responsible to the investors, or to yourself if you fund your own project. And even if the entire team consists of friends who are in it for the sake of the “idea”, their time and effort are an onus on you. Never forget about that. Be greatful and do your best!

Filed under: Film, Lifestyle
Share Tweet Pin G Plus Email
previous article: Shoes That Can Make You Stand Out from The Crowd
next article: Civil Services Toppers Call On Dr. Jitendra Singh