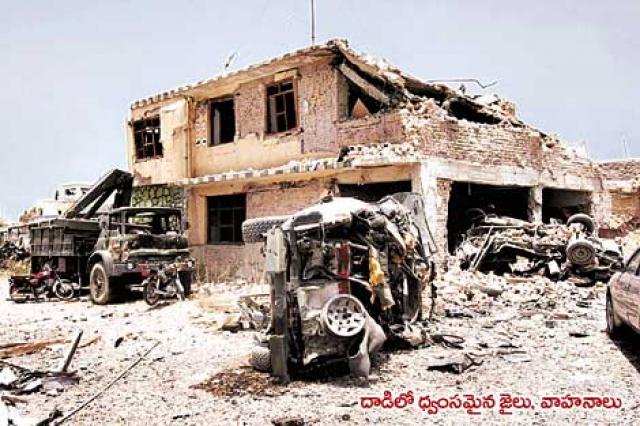 Taliban militants created one more disaster in a prison in Afghanistan on Friday night. About 1100 prisoners were escaped from the jail as per the reports.

The attackers struck with a bomb concealed in a water tanker that blew apart the prison gates, allowing a suicide bomber to dash inside and destroy two mud walls crushing police officers and guards.

At the same time, Taliban fighters on motorbike fired rockets at the complex in what an Afghan minister described as the rebels’ "most sophisticated attack yet."

Out of the escaped prisoners most of them are the Taliban militants.

"The Afghan security forces are searching for them within the city and along the main and secondary roads."

The multi-pronged attack began about 9.30pm and lasted at least half an hour, with small arms fire being exchanged between militants and soldiers who raced to the scene.

Mohammad Hiqmatullah, a shopkeeper who sells vegetables near the prison, said he saw prisoners escape after the attack and run toward pomegranate and grape groves that lie behind the prison. Mr Karzai said the fields offered good cover for the escapees.

The jail held common criminals as well as Taliban militants who are fighting Nato forces, including British soldiers, and the Afghan government.

In this attack, nearly 16 police men were found dead according to the media assertation.

Media estimated this attack is due to the racial assault by the soldiers who were suspected to be as United states person.