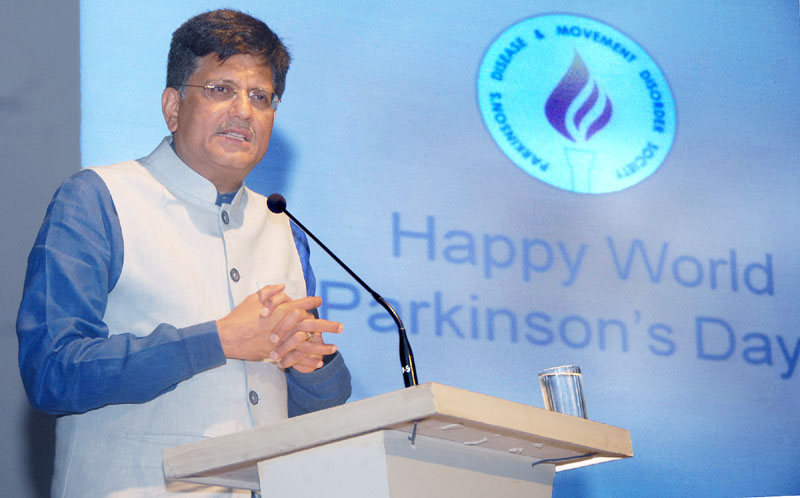 The Minister of State (Independent Charge) for Power, Coal and New and Renewable Energy, Mr. Piyush Goyal addressing at the ‘Worlds Parkinson’s Day Celebration’, organised by the Parkinson’s Disease & Movement Disorder Society, in Mumbai on April 11, 2016.

New Delhi (PIB-GR-TYP-BIN): 105 villages have been electrified across the country during last week (from 4th to 10th April 2016) under Deen Dayal Upadhyaya Gram Jyoti Yojna (DDUGJY). Out of these electrified villages, 9 in Odisha, 7 in Jharkhand , 14 villages in Uttar Pradesh, 8 in Arunachal Pradesh , 10 in Bihar, 38 in Assam, 4 in Chhattisgarh, 6 in Madhya Pradesh and 9 in Rajasthan. The progress of ongoing electrification process can be tracked on http://garv.gov.in/dashboard. 7233 villages have been electrified till date.