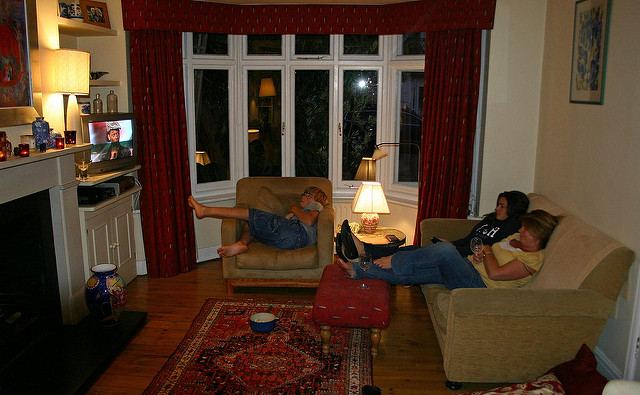 Modern satellite and cable packages have given us access to view hundreds, if not thousands, of television channels across a plethora of subjects and formats ranging from scripted comedies, sports, dramas, reality shows, documentaries and more. You have even more opportunities now with the introduction of streaming services like Netflix that have also introduced their own shows. Therefore, it can be tough to settle on a program that both you and your child can enjoy together. That doesn’t mean it is impossible. With such variety, it is definitely possible to find something that’s mutually interesting, entertaining and suitable.

Some shows might not be accessible via Netflix if you live outside US. That’s why we recommend using a VPN. Virtual Private Network will help you access US Netflix which has the largest number of available TV shows. There are a number of alternatives that you can choose a VPN for Netflix platform.

Some of the TV shows that are bound to appeal to your kids and you are discussed below:

Currently in its sixth season, this TV show follows the life of Frank Fritz and Mike Wolfe, two antique collectors. Wolfe and Fritz travel all over the United States and sometimes even go abroad for locating and purchasing items that have a historic significance. These items include motorcycles, gasoline pumps, pre-World War II advertisements, lamps, discontinued toys and much more.

The rebooted Doctor Who is the exploration of the wonders and secrets of this vast universe. The story revolves around an alien doctor travels from planet to planet with his human companion where he encounters dangers as well as some unusual phenomena. In this fictional series, the doctor acts as a protector and a scientist who comes up with unique and creative ways for saving the universe.

Revisiting the 1980 classic of Carl Sagan, Cosmos: A Personal Voyage, this 2014 miniseries is hosted by Neil deGrasse Tyson and it takes us on a journey to space. Spread over 13 engaging and riveting episodes, deGrasse takes a look at the current beliefs and understandings about the universe and also explores what the future holds in terms of space exploration.

MasterChef Junior is a very popular and renowned cooking competition that already has three seasons under its belt. The best part is that the participants of this competition are children. The role of mentor and host is played by Gordon Ramsay, who is actually on his best behavior. Most of the junior chefs are either 13 or sometimes even younger and they are a step ahead of the adults in the art of culinary acumen.

This is a reality TV show that follows the restoration work done by a Midwest native, Nicole Curtis. A single mother, Curtis saves homes that are otherwise fated to be demolished. No project can be too big for Curtis as she is dedicated in her job and takes part in every single step of the process from replacing a falling roof to refinishing the original wood trimming of a house.

This television show is basically a modern uptake of numerous fairy tales that both you and your child are familiar with and they have been reinterpreted and weaved together. While imagination and magic is ever-present in the show, it also depicts love and loyalty and also the harsh concept of free choice. Another central theme is strong family ties and it is definitely a compelling watch as it provides an excellent combination of the fantastic with the ordinary.

This is a program by the National Geographic that is sure to be a fun and entertaining pick for families with a love and passion for animals. Every episode brings to light a surprise animal-human or animal-animal pair like an Airedale terrier called SunShade and her prized guinea pigs. Furthermore, in every episode, you can also hear animal experts sharing tidbits about different topics such as typical animal behavior or habitat conservation and all this is done without letting go of a second of adorable and cute animal footage.

Currently in its seventh season, Modern Family is a television show that follows the three different branches of a single family as they face their tribulations and trials in their own unique way. Starring Julie Bowen, Sofia Vergara, Ed O’Neill and some other notable names, this show is hilarious and inclusive and you will have fun watching it with your family.

This is a girly series that’s best suited for mother and daughter time and it follows the life of single mother Lorelai Gilmore and that of her super-bright daughter Rory. With plenty of coffee stops on the way, we enjoy Rory’s life from high school to college and understand the struggles of both mother and daughter. Alexis Bledel, Lauren Graham and Keiko Agena have made this show an excellent watch.

Sure, there are plenty of new TV shows, but you can also stick with the best of your time that are fun and exciting. The Adams Family is one of the most popular shows of all time and your children are also going to love it. The oddly macabre family is extremely loving and comprises of some of the most-loved characters in television. The cast includes Ted Cassidy, Carolyn Jones and John Astin and you watch American drama meet surrealism in this amazing show.

If you are interested in showing some family love, The Brady Brunch is a good choice that stars Ann B. Davis, Florence Henderson and Robert Reed. The union of Carol Martin and Mike Brady brings together her three girls with his three boys. There is also Alice, the housekeeper and what do you get? An ideal, iconic and average American family. The show is appealing because it portrays the problems associated with a big family, but eventually gives the moral that the greater size means that you will always have love.

Filed under: Film, Lifestyle
Share Tweet Pin G Plus Email
previous article: Apple is Considering Putting More Focus on Its Services Than Its iPhones
next article: Twitter Attempting To Use Its Last Straw For Success