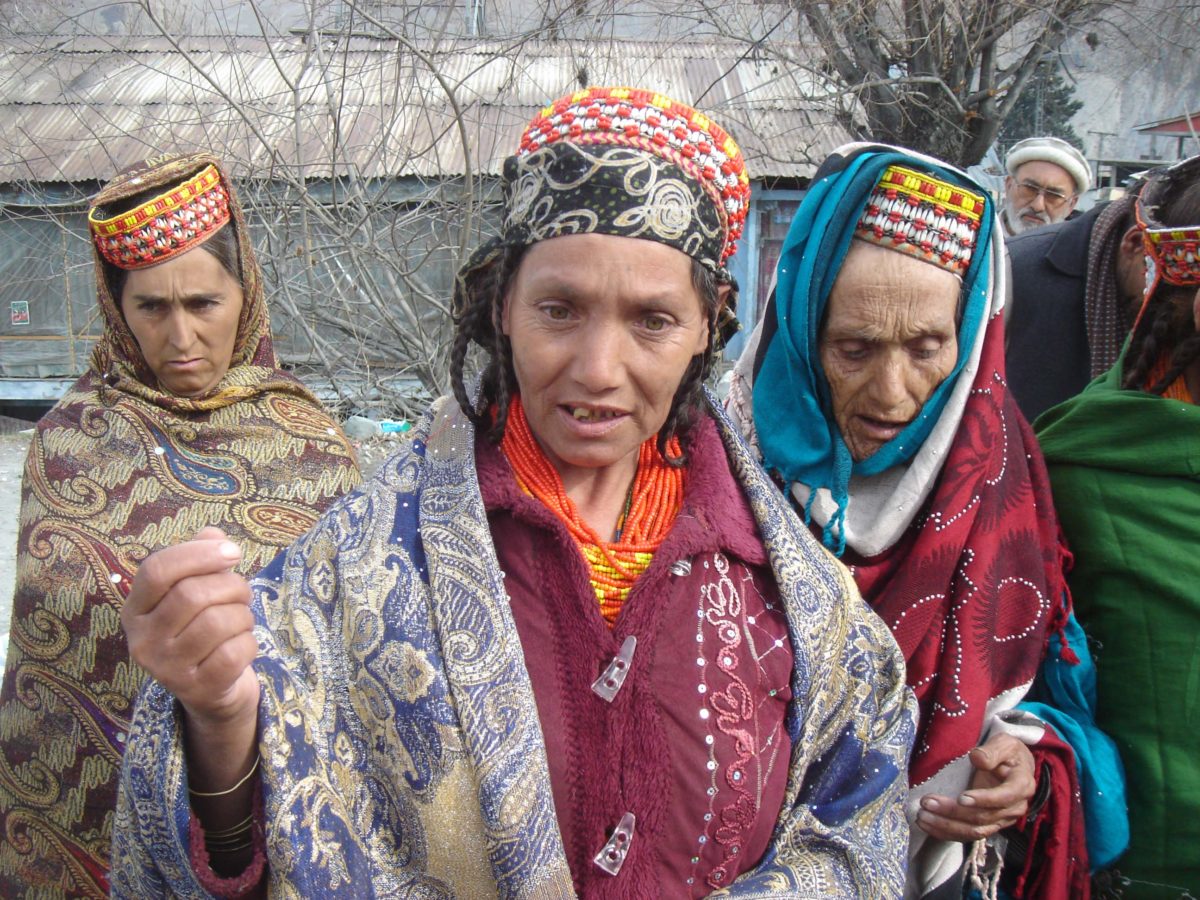 CHITRAL:  Natak ( Cheeck) festival is continue for 3 days on the death of old Kalash man at Brown village of Bumborat Kalash valley. Joosha son of Tarani Khan  of Brown village was pass in the age of 120 years who is knowing as oldest person of the valley. On the death of  Joosha his dead body was carried to Jastakan (worship place of Kalash community) where Kalash men beating Drums, women and some aged persons performing folk dance. Some 50 goats were slaughter on this occasion to offer food to guests who come on this occasion from three valleys Berir, Rumbor and Bumborat.

During the festival they beating drum and dancing so as to see off the dead person happily. Some old men exhibit traditional dance with sword and ax

Women putting their hands on the shoulder of each other and dancing in bulk in round circle. Young boys beating drum with traditional way. Relatives of the dead person also put note of 100 to 1000 rupees in cap of dead person they also keep dry fruit, cigarette and food items near his cot.

The festival is continue at Brown village and after 3 days festival they will burry his dead body. Commissioner Malakand Division also visited Jastakan of Bronwn village and attended Check ceremony. Kalash people also open areal firing a part of their tradition on death ceremony. They will put his dead body in a wooden coffin (box) and carry it in procession to graveyard. They distribute food and meal among the family members and guests who attending this festival.

Due to their unique culture Kalash people are famous on world level and a large number of foreign tourists visit Kalash valley. Joosha left two sons and a widow. His widow cannot meet any person until 3 months and will live in isolation. 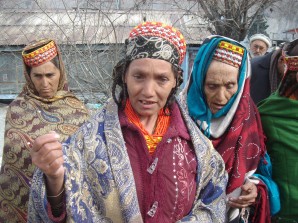