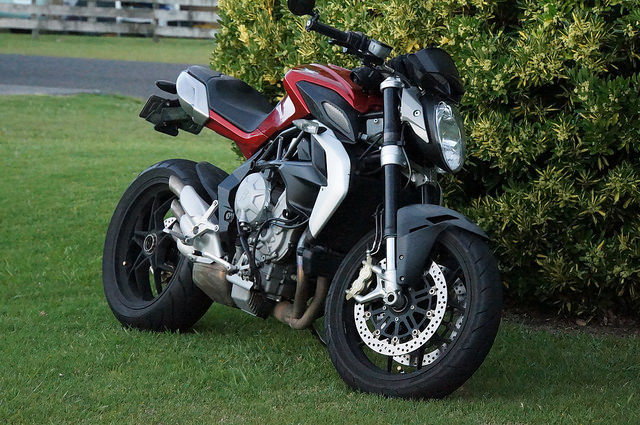 Packed with exciting and unique motorcycles, 2016 brings you a horde of new models to enjoy. From adventure tourers and cruisers to scooters and sports motorbikes, there are going to be a lot of tough choices that bikers will have to make this year, considering the variety at their disposal. Here are some of the most anticipated motorbikes of 2016 that we can’t wait to throw a leg over:

We have been waiting for a long time to see Suzuki make a proper effort for getting back on top just like it did in 2001 with the original K1 and in 2005 with the K5. From then on, there was a slump due to heavy competition, but the GSX-R1000 seems to be turning the game around as it is introducing the variable valve timing in superbikes and this technology could turn out to be very transformative if it works properly.

This is basically a stripped down version of YZF-R1. In order to provide performance that’s more suitable for street riding, some reworking has been done in the cross plane crack engine. This machine is going to offer you the excitement you have come to expect from all Yamaha superbikes.

While this bike may not be used that much off-road, it is bound to be much more capable and fun. The Multistrada is a small step into the world of adventure touring and is both compact in size and lightweight. It also boasts the highest level of electronic adjustment and comes with a long travel suspension. You will change your outlook of an adventure-tourer once you try out the Multristrada Enduro.

With the launch of the DiavelX, Ducati dipped their toe in the cruiser market, but this was only half a step as it is less a cruiser and more a muscle bike. As it has a relaxed riding position, it does function as a true cruiser and also has an imposing styling and torquey bottom-end performance. There is a new 1262cc, V-twin engine, which gives the machine about 117kW power and at 5000rpm around 130Nm of torque. It also has a number of electronic controls and a belt final drive.

TVS in India and BMW have teamed up together for producing a range of sub-500cc motorcycles and the first one off this rank is the G310R. TVS is providing high-volume production capability and low production costs and this will be combined with the technological know-how of BMW. This is bound to be a great machine and at a very reasonable price as well.

Triumph seems to have another winner at its hand with the Thruxton R. It has successfully managed to combine the old and new in this machine. The old-school looks are apparent in the 1200cc two-cylinder engine whereas features such as Ohlin’s suspension electronic controls, Brembo Monobloc brakes and modern performance give it the new touch. It is a fantastic looking machine that is a must-try in this year for every biker.

Take the most gnarly naked bike you can find, add on a wide handlebar and fairing and you have got yourself a tourer that also boasts a fun factor. A semi-active suspension is the ideal feature as it helps the machine work as a tourer and it is also friendly due to mapping and new heads. The KTM Super Duke GT is an excellent addition because it is a bike that you can ride on the track or on the road while enjoying the same level of fun and comfort.

This is a limited edition machine, which is uniquely styled and also technology advanced. It has become a part of the cruiser market and is also referred to as the Flying Fortress. The MGX-21 simply drips carbon fiber and also carries a 21-inch front wheel. Its parts can be more expensive than other motorbikes, but there are websites offering free delivery code options that can help you get parts for the bike without spending too much.

The Brutale 800 is already gorgeous, but the 2016 model has been made even sexier by the fashion-conscious engineers at Varese. Furthermore, the new looks of the bike have been combined with the favorite three cylinder engines that have helped the bike hit all the marks.

There isn’t much known about this Victory introduction even though the company has created a lot of hype about their new production engine. Working with three renowned customizers Roland Sands, Zach Ness and Urs Erbacher, three concept motorbikes have been built, but it is yet to be seen which bike will use this engine. It will be something if it is anything like the concept machines.

The biggest success story for Ducaty last year was the Scrambler and became the company’s best-seller in Australia after being on sale for just eight months. With a 400cc engine, the Sixty2 is now learner legal, which means everyone gets the opportunity to ride it. It has the handling and the looks and as long as the engine works well, it is going to be a hit.

The legendary off-roader by Honda has made a return and it is brimming with a host of features that are every biker’s dream. The Africa twin boasts good handling, is light weight and has the right power characteristics to make it a highly capable and enjoyable machine for fulfilling all your off-roading adventures.

Over the years, Benelli has gotten a lot of criticism and not all has been undeserved. Nonetheless, the company’s name is coming back to the forefront with the latest small-capacity machines. Yes, it is made in China, but the designs are mostly Italian and the Leoncino is an amazing piece. Even though it is another scrambler, it is quite stunning and as long as it is released at the right price and doesn’t have any technological flaws or glitches, it could be tempting for a large number of bikers and riders.