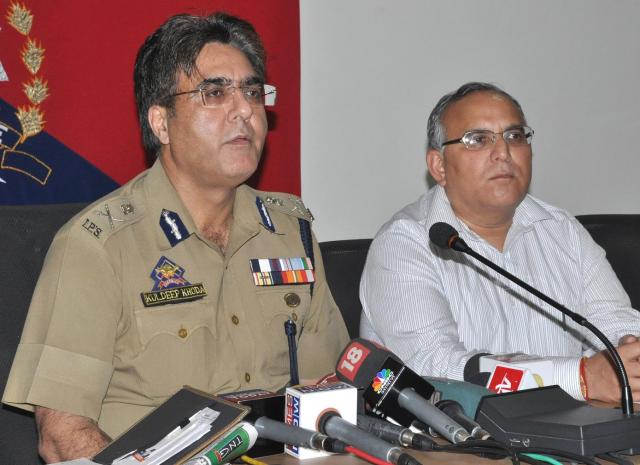 , September 13 (Scoop News) -Director General of Police Kuldeep Khoda has said that government has a bounded duty to protect life and property of the people. He said a large scale of violence was carried out as a result of the alleged desecration of the holy Quran which has been condemned by the government already.

Khoda said that police had to resort firing to control the violent mob at various places in the valley in which 13 persons died and 45 got injured. He said one policeman also died in Budgam while 113 police personnel received injuries, 41 of them including Superintendent of Police Bandipora are serious. He said SP Bandipora who has received serious injuries was air lifted to for further treatment.

He said violence which is backdrop of discretion of the holy Quran was also reported from Banihal, Doda, Kashtigarh, Poonch, Mandi etc.

The DGP said 52 persons belonging to Hurriyat and Muslim League were arrested in action. He said CRPF camp in Chrar-i-Sharief and Go Go land BSF camp in Rangreth and security forces convoy were also attacked.

Principal Secretary Home  B. R. Sharma said that the cabinet which met here today has also condemned the alleged desecration of the holy Quran. The cabinet has unanimously appealed to the people to maintain calm and do not take law into their hands.

The DG said one Imtiyaz Haider of Hurriyat (G) had made plans to assemble the people in various parts of the valley to carry out large scale violence.