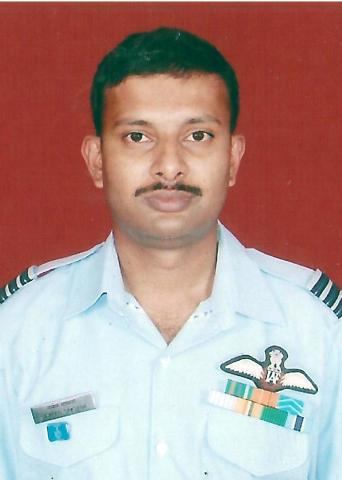 Jammu,September 1 (Scoop News) – 130 Helicopter Unit, christened as "The Condors" is a frontline helicopter unit based at Air Force Station Jammu. The unit operates along the northern and western frontiers of the nation.

During a recent air exercise at Jamnagar on 30 Aug 12 nine air warriors lost their lives in a tragic air accident. Among those killed in harness, was Wing Commander Sameer Saksena, an experienced and senior pilot of 130 HU who was instrumental for many rescue & relief ops in J&K. Wg Cdr Saksena (16 May 74 – 30 Aug 12) will always be remembered as a dedicated air warrior and a fine gentleman.

An event was organised at AFS Jammu to pay the tributes to the departed soul. Air Commodore Nitin Sathe, Air Officer Commanding AFS Jammu and Wg Cdr Suresh Tiwari, Commanding Officer, 130 HU and all air warriors of the Air Force Station paid rich tribute to the valiant officer who made the supreme sacrifice in the service of the nation.