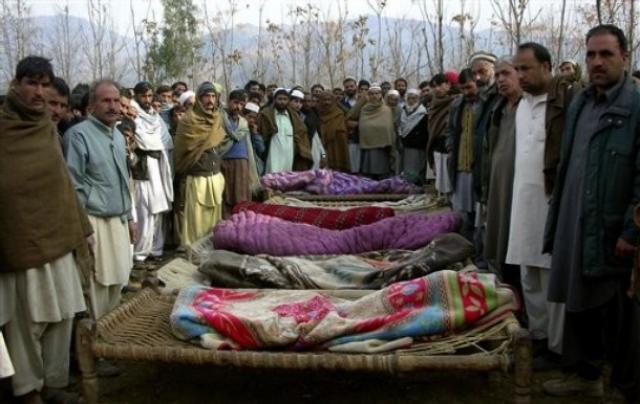 Swat, PAKISTAN: 18 dead bodies were found from different parts of Swat, according to sources.

The corpses were recovered from Barikot, Rahim Abad, Derai and some other areas of the valley.

The sources say the dead bodies could probably be of the militants and extremists from different parts of Swat.

The military operation that was started in the last week of April by Pakistan army has cleared the Swat valley from the Militant and extremist groups.