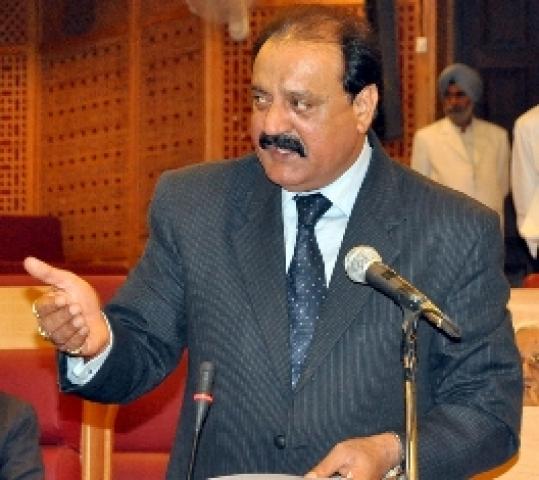 Srinagar, October 4 (Scoop News) –    The Government today said that during the previous year as many as, 566 Indian nationals have visited across LOC, out of which 210 traveled via Kaman (Uri), 29 via Teetwal and 327 via Chakan-Da-Bagh (Poonch) against 1377 POK nationals who visited the State of J&K, out of which 566 came via Kaman, 76 via Teetwal and 735 via Chakan-Da- Bagh.
This was stated by the Minister for Industries and Commerce Department, Mr. S.S.Slathia in reply to a question raised by Mr. M.Y.Taing in the Legislative Council here today.
The Minister said that the import of garlic has been stopped from 13-05-2009 onwards on the directions of Government of India, Ministry of Agriculture (Department of Agriculture and Cooperation) due to interception of exotic pathogen EMBELLISIA ALLII on several occasions from the garlic consignments imported from Pakistan.
He said the export of coconut has also been restricted by the Government of India as the item is not being produced in the State. Besides, Ajwan and Zeera  like items have also been reportedly stopped on the grounds that these items do not fall within the category of Medicinal herbs and are classified as spices.
The Minister said that Government of Pakistan has banned the import of Red Chilly (Fathki Mirchi) and the export of Moongi.
Filed under: Media & Tech, World
Share Tweet Pin G Plus Email
previous article: Reliance Retail To Tie-Up With Frozen Food Fame, Dairy Queen Inc.
next article: GPO SCORES POSITIVE RESULTS ON CUSTOMER SATISFACTION SURVEY