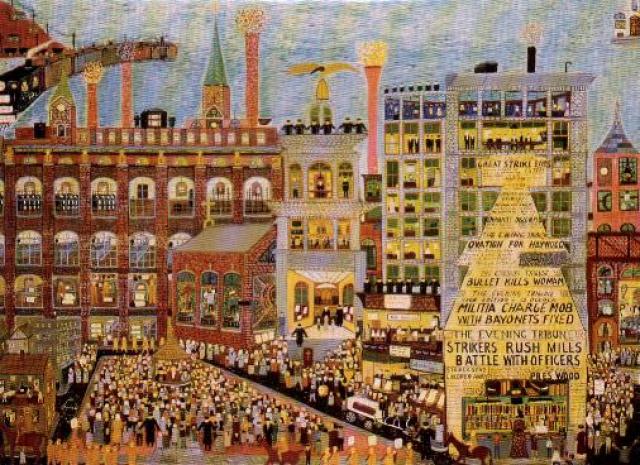 "In 1948 I worked in the RCA radio tube factory in Lancaster, PA. There were 1200 workers and we had a union, the United Electrical Workers Union of America. We had a union meeting and decided we would go on strike for a coffee break. So we stopped work for 15 minutes in the whole factory.

The head of the company in Lancaster could not find the president of the union, Charley Dorsey or the union organizer Jack Gorelick. So he called his boss General Sarnoff in New York City, The General called the head of our union Jim Matles. He told Ben Riskin to call me in the factory.  We were both on the negotiating committee, so he knew me.  I answered the phone and he told me I had to tell the workers to go back to work.

Why should they listen to me? I told him I would try. By this time the 15 minutes were up and they went back to work.

We got our ten-minute coffee break. We were the first factory to get a coffee break as far as I know."