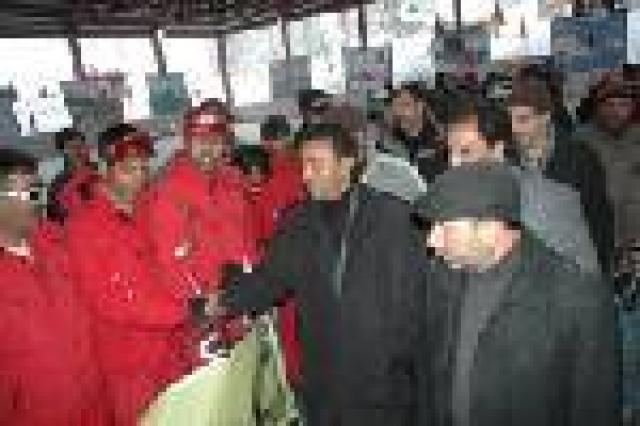 Gulmarg (Kashmir), February 03  –Minister for Tourism and Culture, Nawang Rigzin Jora has said that possessed best tourist resorts in the country and the Government would initiate several novel measures to woo more and more tourists. He said that to promote winter tourism in various events like the snow festival would be made an annual feature.

Inaugurating the 2-day Gulmarg Snow Festival 2009 here today, the Minister said that Gulmarg offers one of the best ski resorts in the country and there is a need to attract more and more tourists to this place, particularly during winter so that they enjoy nature’s charm. He said that a vigorous media campaign would be launched to attract more and more tourists to the State which offers round the year attraction for domestic and foreign visitors. He said that advertisements are being presently telecast on various electronic channels to showcase the tourist potential of the State. He said the snow festival is gaining popularity and it would be followed by Champions festival in which a large number of participants and visitors are expected. He said that varied events would be included for the benefit of sportsmen and charm of tourists and spectators thus helping growth of tourism in the State.

The Minister also went round food stalls and had an interaction with some foreign and local tourists. He told them that tourist infrastructure is being further upgraded so that the visitors enjoy the charm of different places of the State.