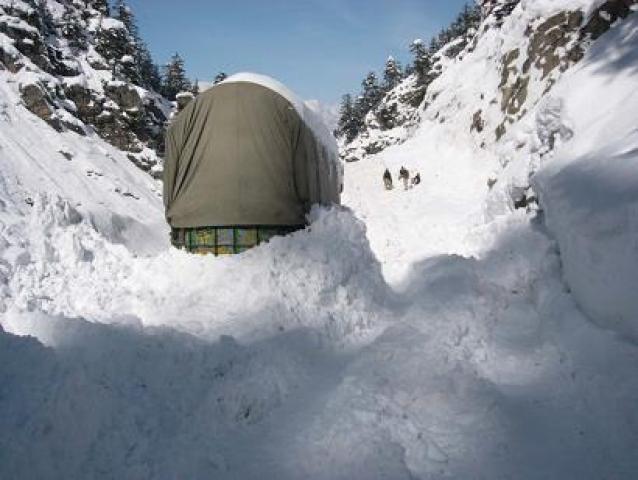 CHITRAL:  Two dead bodies are still missing under tons of heavy debris and snow of avalanche hit Ziarat village on Monday where 7 people were died. 5 dead bodies have been recovered from the snow hence two dead bodies are still missing. Talking to this scribe in-charge police post Ashriat Sahib Nabi told that local volunteers are still busy in rescue activities on self help basis who searching dead bodies of these missing persons. General councilor of union council Ihsanullah complained that SAMBU Company had deployed one of heir excavator for one day and one dead body had been recovered but they returned their excavator on Thursday afternoon and now local volunteers are searching without any equipment. In this connection when General Manager of National Highway Authority North 45 Abdus Samad contacted he said that SAMBU construction company had removed snow from road last year and they demanding for payment of 150 million hence NHA has not paid them until now. He assured that I will direct my staff and concerned contractor to provide them one excavator for removing snow from the avalanche hit place and to support bereaved family in searching of 2 dead bodies. It is worth to mention here that last year 7 cops of Chitral scouts have been died in February when a heavy avalanche hit their residential rooms at Ziarat. Main Peshawar road is totally blocked for all type of vehicular traffic since snowfall last week and people of Chitral facing great problems due to blocking of their only land route via Lawari top and Lawari tunnel. Social and political circle of the area have appeal federal Minister Communication Dr. Arbab Alamger for directing high ups of NHA for starting work of snow removing from Lawari top road on both sides (Dir and Chitral) and to open the road for vehicular traffic because people badly suffering from shortage of edible things and food items.