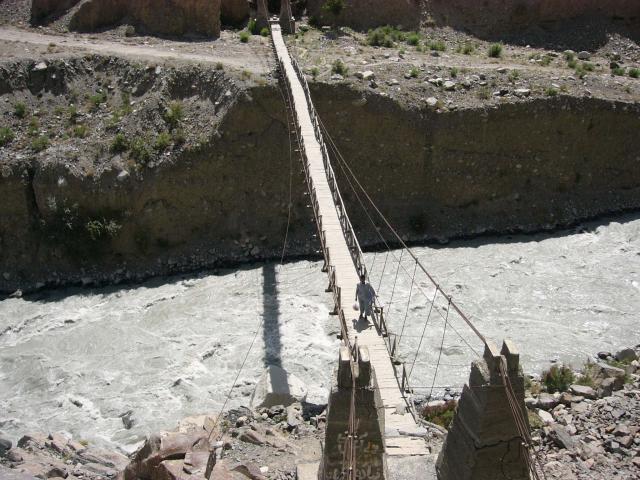 Dead bodies of two children could not recovered from River.

CHITRAL: Dead bodies of two children could not recover from Chitral River and the parents of deceased children are facing from severe shock. According to detail Shoukat son of Khubai and Imtiaz Ahmad son of Jaafar Gul residents of Showgram who were taking bath in Chitral River at Showgram and fell down in the river. Both of the schools going children were swift away by merciless waves of Chitral River. Imtiaz Ahmad 14 was student of 8th class and had went to his grand father,s house where he want to bath in the river but unfortunately they fell down and drowned. Their dead bodies could not recover from the river until filling of this report police confirmed that both children were swift in river. Parents of deceased children have appeals to Provincial Chief Minister and concerned quarter to help them in recovery of dead bodies of their children from river.

Shundor polo festival is celebrating every year from July 7 to 9. In past a large number of tourists were coming here to enthrall the festival at the most highest polo ground of the world. Where polo match is playing between Gilgit and Chitral polo teams.  The polo tournament had shifted to Gilgit as the inhabitants of Gilgit had some complaints from local administration but it was re-transferred to Chitral by Federal Government on intervention of Provincial government. The road from Booni to Shundor (70 KM) is totally earthen and having ditches in its middle. Shundor pass having the altitude of 12500 to 13500 feet from sea level where temperatures decrease to freezing point at night time.

The tourists suffering from cool weather at night time and lack of Oxygen. Some people were also become unconscious due to sever cold.  While some tourists in VIP camp complained of lack of facilities for tourists. Akbar Jalal District Officer Revenue and Estate Chitral were over all in-charge of all management at Shundor who also misbehave some journalists and tourists. He tried to stop a reporting while we has passing ticker on mobile phone to his TV channel and threaded him of dire consequences and arresting him by police.  A non local journalist also complained that million of rupees are allocating for Shundor Polo festival but there were no facilities even in VVIP camps. They complained of non availability of hot water in wash room even there was no Loota no toilet paper in wash rooms. The spectators also setting on earth (soil) there cloth became dirty by dust. Tourists also demanding for construction of proper seats even concrete one to save them from dust. Besides it there acute dust and tourists suffering from this problem.

Due to tense situation in Malakand Division foreign Ambassadors and tourists were also in less number as comparative in past. President Musharaf has already announced of 491 million of fund for black top road from Booni to Shundor with one bridge at Shundor but the fund is still not released. The tourists have demanded for providing of all facilities and proper management for celebrating this festival. They also demanded from Provincial chief to take action against Akbar Jalal DORE Chitral for his misbehave and rigid attitude with journalists who threatened a journalist and tried to stop him from reporting. They also demanded for his posting out immediately and not to be involving him in future in Shundor polo festival.