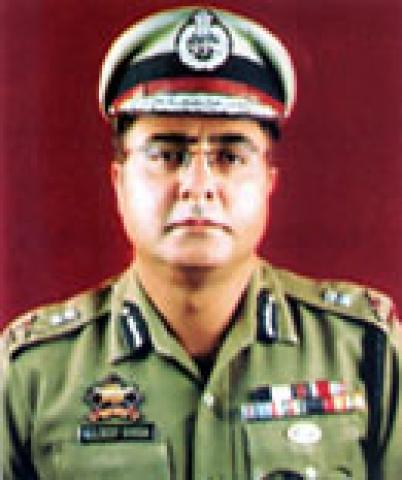 Jammu and Kashmir Police in continuation of drive against
narcotics and drug peddlers today achieved success when Kathua police seized 78.5
kilograms of Poppy Straw from possession of narcotic smugglers. Illegal
consignment was reportedly being supplied in three different trucks to the
youths in adjoining areas of district. Accused have been identified as Harbans
Singh @ Angha and vijay Kumar S/O Bishamber Dass of Sakta Chack Kathua.

Hunt was launched to arrest them. During search police recovered
78.5 Kgs Poppy Straws (Bukki) from these trucks. Accused persons were shifting consignment
from two trucks loaded with raw material of cement factory in the third truck.
Preliminary  enquires revealed  that consignment was loaded by accused
persons from Awantipura of Kashmir  and
was meant for Kathua where Harbans Singh @ Angha used to sell the same among drug
addicts.

Police action was highly appreciated by the locals of District
Kathua. Vehicle along with illegal consignment was seized and accused persons
were booked under Narcotics Drugs and Psychotropic Substances Act (NDPSA). The
case to this effect has been registered at Police Station Kathua.