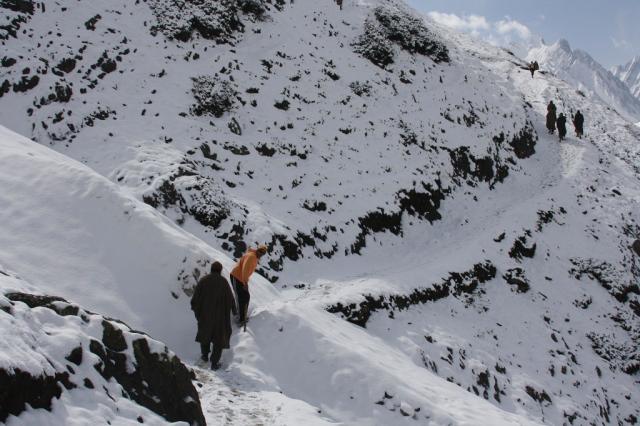 Srinagar, June 12 (Scoop News) –As per recommendations of the High Level Committee, set up after the Governor’s meeting with the Chief Minister and his concerned Cabinet Ministers, the State Government has relieved 20 experienced Civil and Police officers who have been deployed at the various Base and en-route Camps under the orders of Shri N. N. Vohra, Chairman, Shri Amarnathji Shrine Board.

Disclosing this, Chief Executive Officer  Navin K. Choudhary said that these officers, who have already reported to Shri Amarnathji Shrine Board, have been briefed and given a detailed order which lays down their responsibilities within the jurisdictions assigned to them. As directed by the Chairman, all the officers reach their assigned Camps, at Nunwan, Chandanwari, Sheshnag, Panjtarni, Sangam, Holy Cave and Baltal,  by 14th June afternoon and stay there till the Yatra is over. They will supervise all the arrangements and facilities being set up for the pilgrims, monitor the Yatra on hour-to-hour basis and furnish reports to the Shrine Board Control Room five times a day, at fixed hours.

The CEO further added that the Yatra arrangements being made by different departments are progressing satisfactorily despite the unfavourable weather conditions which have prevailed during the past several weeks. It is expected that track clearance and other arrangements will be put in place well in time for the Yatra to commence from 25th June, simultaneously along both the routes. To ensure this, the Board has deployed additional manpower and ordered work in double shift to compensate for the loss of time due to the adverse weather conditions.

The CEO informed that the Governor and Chairman of the Shrine Board, Shri N. N. Vohra, is monitoring the progress made towards ensuring Yatra arrangements on daily basis and in this connection, would be visiting Baltal and Domel on 13th June to review the preparedness. Senior Government officers, including Divisional Commissioner and Deputy Commissioners, are also monitoring the progress made by different departments towards making necessary arrangements regarding water supply, power, health facilities, sanitation etc. CEO of the Pahalgam Development Authority is supervising the track clearance from Pahalgam to , while the labour engaged by the Shrine Board is clearing the Baltal-Domel-Brarimarg-Sangam track.