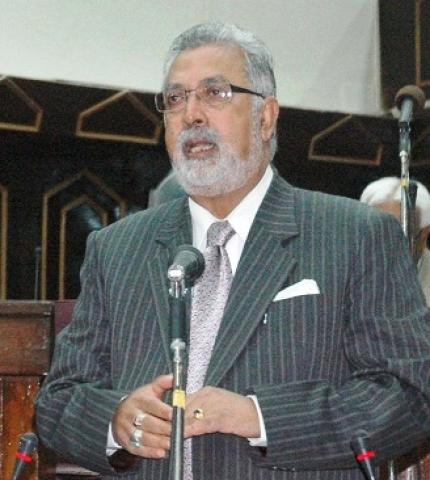 Jammu, March 15 (Scoop News) – Minister for PHE, Irrigation & Flood Control,  Taj Mohi-ud-Din on behalf of Tourism Minister informed the House that presently 20 Tourist Development Authority have been established across the State to upgrade tourism infrastructure in the respective areas.

Replying to a question by Sheikh Ghulam Rasool in Legislative Council today, the Minister said that year-wise allocations are being allotted to these development authorities for the infrastructure development.

No proposal to bring Wakora under WDA: Taj

Minister for PHE, Irrigation & Flood Control,  Taj Mohi-ud-Din on behalf of Tourism Minister informed the House that there is no proposal to bring entire Wakoora block under the jurisdiction of Wullar-Mansbal Development Authority.

He was replying to a question by Haji Ali Mohammad Bhat in Legislative Council today.

He said village Wakoora and Narayan Bagh of the block have already been brought under the jurisdiction of the Authority. He said the concentration of development has been on and its surroundings and also of the surrounding areas of tourist importance of , , Chinar Bagh, , fall outside the jurisdiction of Authority, he added. He said developmental works are prioritized on the basis of potential of the areas and availability of funds.

The Minister said tourism Vision Document Master Plan for the all regions of the State is being prepared to identify the areas and harness the potential of tourism. The areas of Wakoora block if identified as tourist potential areas in the study will be developed subject to availability of funds.

Minister for PHE, Irrigation & Flood Control,  Taj Mohi-ud-Din on behalf of Tourism Minister informed the House that Rs. 8 crore have been preauthorized with Union Ministry of Tourism for providing way side amenities enroute Katra-Shivkhori-Reasi circuit during 2011-12.

Replying to a question by  Ravinder Kumar Sharma in Legislative Council today, he said this project will also provide way side amenities to Shivkhori to Domail of Shivkhori Bambla Kallidhar road. He said 10.76 lakhs pilgrims visited Shivkhori shrine in 2010. He said the facilities available at Shivkhori for the pilgrims including Tourist Reception Centre comprising 8 bedrooms, dormitory, restaurant, clock room and Yatri Niwas.