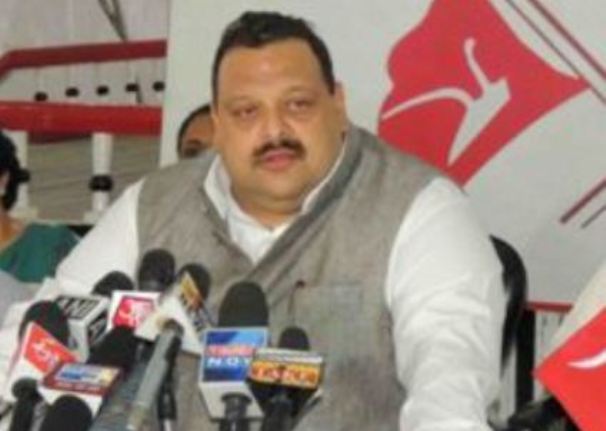 Jammu, September 29, (Scoop News)- Expressing concern over colossal losses to life and property due to floods and landslides in the wake of recent torrential rains across the Jammu region, National Conference on Monday sought a massive central assistance for rehabilitation of flood sufferers and reconstruction of damaged infrastructure.
“The natural calamity has wrecked the entire state , rendered Kashmir in deluge and caused wide spread damages in the Jammu region”, Provincial President Mr Devender Singh Rana said here this evening, after concluding a weeklong visit of the most hit areas of the region, along with senior leaders, including Planning Minister Mr Ajay Sadhotra.
He said over 15000 dwelling units are totally damaged and 35000 partially due to flash floods and landslides in the various districts of Jammu region. Massive damages have also caused to standing crops, live stock and public utility services. Besides, nearly 200 causalities in the state have been reported from the Jammu region of the total 300 casualties in the state, he said adding that though the Omar led government undertook timely rescue and relief operations yet more is required to be done on immediate basis. “For this purpose massive central funding has become imperative”, he added.
While hailing compensation of preliminary Rs 75,000 per fully damaged house, the Provincial President urged the Centre to enhance it to Rs 5 lakhs, as recommended by the Chief Minister.
Mr Rana briefed the party functionaries about the damages caused in the region in general and Poonch, Rajouri, Udhampur, Reasi and Jammu districts in particular. He lauded the administrative response at the hour of crisis and said the time has now come when the government is required to pool up all resources and speed up the rehabilitation and relief measures. He noted with satisfaction the issue having been taken up by the Chief Minister Mr Omar Abdullah at the highest level with the Prime Minister and said the Centre must take a call on immediate basis in view of ensuing winter. He said working season being limited and the winter not far away, the situation calls for a holistic view in terms of realistic assessment of damages. “Accordingly, the assistance is needed to be released so that rehabilitation and reconstruction is taken up on war footing”, he maintained.

The Provincial President regretted over politics being played even on such a huge natural calamity and hoped that good sense will prevail upon those trying to take political capital out of the human tragedy. This is the time when the people of Jammu and Kashmir should rise above party politics and put a united front to ensure some sort of respite to those who lost everything in devastating floods. He complimented National Conference cadre for rising to the occasion and plunging into public service in big way. “This is not something new for a party that has all along identified itself with peoples’ agonies and shared these unequivocally”, he said and hoped that other political party too would show generosity of pushing political interests in the back-burner and work for welfare and well-being of the suffering people.