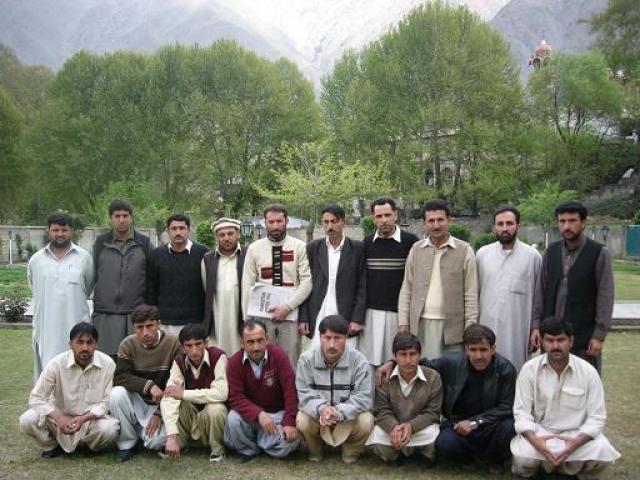 CHITRAL: District Cricket Association (DCA) Chitral announced of scheduled tournaments of 2010. Addressing a press conference in a local hotel president DCA Chitral Bashir Ahmad Khan said that some four tournaments would be launched this year on a large scale. The first tournament of District cup Cricket tournament spring 2010 would be kicked this week as and when the weather is pleasure where some 32 registered teams would be participated while a large number of outsiders would also be flanked in the tournament. Chitral Premier league tournament have two additions both will be arranged at Chitral. Besides it one tournament would be outsourced to any active cricket club of Chitral. He said that we also arranging Tehsil Level tournaments one would be held at Chitral and the second at Mastuj Tehsil he added. Earlier that Muhammad Dawood prominent commentator and General Secretary of DCA Chitral previewed progress reports of DCA in presence of cabinet members in a high level meeting of DCA. He said that we have to pay 54000 rupees for registration and for restoration of Chitral Quota in provincial cricket team. He said that the association facing financial problems and he stressed upon all registered teams (32 No) to pay their renewal fee. He expressed great pleasure that Governor Khyber Pukhtoonhwa had announced of 500000 for cricket association and the fund would be utilized for maintenance and construction of play ground. This is the great achievement of the association as first time it received separate fund. He said that Governor Awais Ahmad Ghani had directed District Coordination Officer Chitral for preparing and submitting of PC-1 for construction of a stadium at Chitral which is in final stage.

He said that all cricket teams are bound to get No Objection Certificate from DCA for launching any match in any part of the district otherwise they would not be allowed to do so. He said that a best team with the name of Chitral Lion Cricket team would be selected on merit basis to prepare it for participation in provincial as well as national level and the case is under process with Pakistan Cricket Board. He urged on all registered teams with DCA Chitral to pay their renewal fee timely as well as new teams would also be registered this year. He said that we arranging these tournaments and other social activities to save our young generation from drug addicting because hospitals remain full of patients whose play ground are empty. A large number of members of DCA and players attended the meeting and news conference in a local hotel.

Filed under: Sports, World
Share Tweet Pin G Plus Email
previous article: Election in Myanmar – All is Not Well
next article: District Cricket Association Chitral announced of its scheduled tournaments