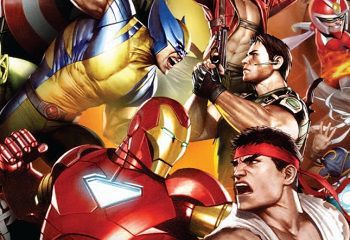 Without question, 2016 was a big year for Xbox One fans. In it’s third year on the gaming market, the console hit its stride on the software front with the release of titles like Overwatch, Forza Horizon 3 and Battlefield 1. Whether you’re a fan of shooters, racing sims or action/adventure games, you had something to play last year.

Having said that, 2017 figures to be even bigger for online game releases. So big, in fact, that some highly-anticipated titles like Destiny 2 or the State of Decay sequel didn’t make our top three.

David Jones and Microsoft Studios are back with this long-awaited return to the Crackdown universe.

Officially revealed at Gamescom 2015, Crackdown 3 is another open world, online action game. The rub here is that the third installment in the series will feature mass-scale destructible environments to supplement its sandbox elements.

Crackdown 3 is currently scheduled as a Q4 2017 release.

When Mass Effect dropped in late 2007, the world of gaming was changed forever. BioWare’s third-person, action RPG with a space opera twist was one of a handful of titles that helped expand our perception of narrative possibility in video games.

As Commander Shepard, we fought, talked, loved, schemed and explored our way through a galaxy that evoked thoughts of Star Wars and Battlestar Galactica.

In Mass Effect: Andromeda, we begin anew in a different galaxy with a whole different cast of characters, charged with expanding the scope of human colonization beyond the Milky Way galaxy.

Mass Effect: Andromeda is currently slated for a Q1 release in 2017.

If you’re looking for a good, old-fashioned platformer with a little quirk and a breathtaking aesthetic, Cuphead is the game for you (and me). Think Super Mario Bros. meets Merrie Melodies and Fleischer Studios. If you don’t know what those are, go directly to Google posthaste.

Having lost in their wager with the Devil himself, the game’s heroes, Cuphead and Mugman, are forced to do his bidding in a send-up of 30s cartoons. Studio MDHR clearly has a gem on its hands with this subversive, retro-tinged title.

No official release date has been announced for Cuphead, but it’s expected to drop this year.

There’s no word on whether or not Marston will be back in the saddle in what could be a prequel of the original game’s events. But we’re willing to bet that Red Dead Redemption 2 will be a rootin’, tootin’, six-shootin’ adventure worthy of the Red Dead name regardless.

Filed under: Gaming, Lifestyle
Share Tweet Pin G Plus Email
previous article: How to Turn Your Love of Travel into a Career
next article: THE SONGWRITER HELPING TO MAKE COUNTRY MUSIC HISTORY: TRAVIS WOOD