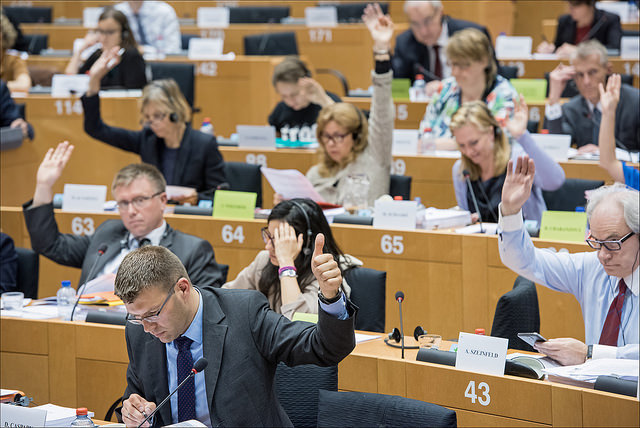 Iran News Update– Over 220 representatives of all political groups in the European Parliament signed a statement and sent it to EU foreign Policy Chief Federica Mogherini, it condemns the gross human rights violations taking place in Iran and calls on the Iranian regime to “end the executions, free political prisoners, stop the repression of women and respect the rights and the freedoms of the Iranian people.” 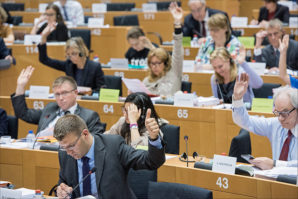 The statement also mentioned that “Iran needs to adhere to all UN Security Council resolutions with regard to its nuclear program and it should respond to all the outstanding IAEA questions and also allow intrusive inspections of all its military and non-military sites whether declared or undeclared.”
“Iran is at the heart of the crisis in this region and not part of the solution. If fundamentalism and extremism is to be uprooted in this region, Iran’s destructive influence and interference should end,” the MEPs declared in a display of mistrust on the role played by Iran in the Middle East region.
These European parliamentarians stressed on the importance of an alternative plan which was presented by the Iranian opposition leader Maryam Rajavi concerning the future of Iran which calls for “a democratic pluralistic republic based on universal suffrage, freedom of expression, abolition of torture and death penalty, separation of church and state, a non-nuclear Iran, an independent judicial system, rights for minorities, peaceful coexistence in the region, gender equality and commitment to Universal Declaration of Human Rights.”
They also asked for the protection of Iranian dissidents who are being held in prison like conditions in camps in Iraq. “Protection of Camp Liberty residents must be secured and ensured by Iraq, United States and the United Nations. Camp Liberty needs to be recognized as a refugee camp and its siege, in particular its blockade of health facilities and the medical treatment of the residents must be revoked in its entirety.