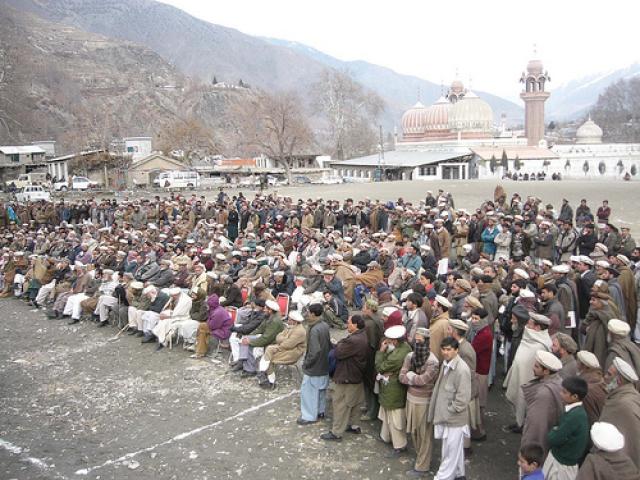 The speakers paid rich tribute to Z. A. Bhutto and termed him founder of Nuclear Energy and Nuclear power in Pakistan. They determined to continue his mission for uplifting of poor segments and for development of the country. They also passed a resolution on the occasion. Through a unanimous resolution they demanded from the central leadership to issue party ticket in future after proper counseling with party workers especially senior workers. They also demanded reduction in fair of PIA Ticket at least in winter season. They also offered Tatiha and Dua  for the departed  soul of Z.A Bhutto and Benazir Bhutto. They also felicitated Saleem Khan of PPPP for selecting him as provincial Minister of Population and expressed their fully confidence on him. The ceremony was concluded with the prayer words of Shafqat Hussain Advocate.

A young  Kalash infidel  boy of Bumborate (Sarojal) village of Kalash  Valley Shaoos Khan embraced Islam at Shahi Mosque Chitral in presence of District Khateeb Maulana Khaleequz Zaman. Shaous Khan read Kalma Tayaba and embraced to Islam his Islamic name was rename as Abdul Rahim. Talking to this scribe Abdul Rahim 19 said that he was very much impressed by Muslims and that is why he converted to Islam. He promised to follow Islamic principles and will live under the umbrella of Islam.

CHITRAL : The workers of Jamaat-e-Islami led by Mohammad Sarfaraz Ali Khan, Saeed Ahmed, Shahan Ganj and others have demanded the party chief Qazi Huaain Ahmed to dissolve the district cabinet of the party in Chitral to save the party from further loss. Addressing a press conference here on Friday, they said that the local leadership is quite incapable of leading the party because they have no loyalty with the party. They said that despite the boycott of the party from the last general elections, the district ameer and his coterie worked for an independent candidate in utter violation of the party discipline. They said that the party was an effective political force in district but its present leadership has impaired it and any delay in their termination will be disastrous for the party.