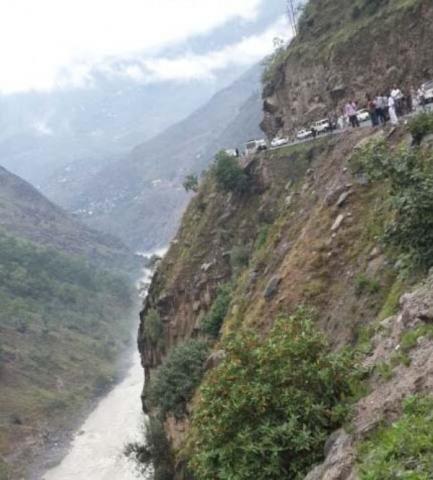 The car, which was on way to Jammu from Kishtwar, fell into the river at Drabshalla area at around 5:00 PM, Police said. Three bodies have been recovered from the river bank, while the two injured children have been shifted to a hospital in Thathri, police said.

The deceased were identified as Farooq Malik of  Chatroo, Ishtaq Bagwan of  Kishtwar and one Minor child. The injured identified  Koshnawaz daughter of  Tanveer Bagwan and Zaifa Banoo daughter ofv Ishtaq Bagwan .when their Maruati car skidded off the road and fell into Chenab River near Panj Nallah Kuligad Tathri in Kishtwar district.

Saroori has conveyed his heart felt condolence to the family member of bereaved families and prayed for eternal peace to the departed souls and early recovery to the injured persons.

Saroori appeal to Chief Minister J&K Omar Abdullah to immediately release Rs 5 Lacks ex-gratia relief in favour of the family members of those who have lost their lives and one Lacks as compensation to the injured being treated in different hospitals beside demanded to take effective steps in checking frequent accidents.

Peoples Democratic Party has expressed deep shok and grief over the tragic accident in which three persons including a minor  was killed when a Maruti skidedof into a deep gorge at Koligrah while traveling from Drabshala to Thathri.

In a statement PDP president Mehbooba Mufti expressed her condolences with the bereaved families and urged the government to provide compensation to them.

Thakur Jugal Bhandari State Secretary Pradesh Congress Committe J&K expresses  his  grief shock and sarrow over the accident and prayed for internal peace of departed souls and convey his sympathy to the other family members..Thakur also demand immediate ex-gratia for the families.