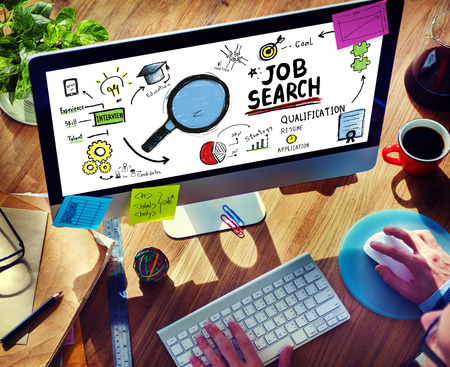 The gig economy won’t stop at taxis and food delivery services. Workers today demand more flexibility and agency in their employment, and thanks to a proliferation of self-directed options, they have more choices than ever.

Industries that have so far escaped mass changes from gig economy influences won’t hold out for long. On-demand work opportunities provide too many benefits to employers and contractors alike. By the end of this decade, every industry will participate in the open contractor marketplace. Some industries will turn primarily to gig workers for production, while others will use contractors to fill the gaps in areas that don’t require full-time productivity.

Keep an eye on these untapped industries for increased gig economy activity in the next few years:

The skincare industry is experiencing incredible growth. Modern consumers want personalized, premium products that cater to their individual needs, which means skincare makers and sellers need more experts on their side to recommend and sell products. Anyone who has an interest in cosmetics and a friendly disposition can fill those roles, which makes the skincare industry ripe for more activity from gig workers.

Opportunity platform Nu Skin believes the gig economy has the potential to provide full-time and part-time careers in the industry. According to Nu Skin’s Ryan Napierski, gig roles in the skincare industry will cover all types of labor, both skilled and unskilled. As more employers join the movement, more workers will begin to view contract labor as a legitimate career option.

The grocery supply chain already uses contract labor from the farm to the table. Farms and ranches regularly hire gig and seasonal workers to help plant and harvest. Many grocery stores have begun to explore delivery services as a way to provide a higher level of customer service. As consumer demands for convenience grow louder, this shift in the grocery industry will find new ways to disrupt the traditional shopping experience.

Date Check Pro, a software provider for the grocery industry, sees a future in which the grocery industry and gig economy work in tandem to benefit buyers, sellers, and workers. The gig economy provides new and varied opportunities for people who, in the past, may have chosen short-term grocery work to pay the bills or save for school. By hiring those workers via gig platforms to stock shelves, handle deliveries, and even perform personal shopping duties, grocery stores can join the gig economy movement without a massive overhaul of existing processes.

Unskilled labor has been the face of the gig economy for years, but that impression may not last much longer. Huron Consulting Group is betting on the emerging healthcare gig economy to provide more skilled services to hospitals and doctors’ offices. Healthcare already hosts tons of transient workers, so the transition from part-timers to gig workers should be a natural extension of an existing ecosystem.

Healthcare workers frequently handle high-stakes duties, so healthcare employers must remain vigilant in onboarding, training, and placing potential gig hires. The risks are worth the reward, though. Because gig workers deal with so many different environments, they can bring best practices from one place to another, accelerating adoption of smarter work and increasing transparency within the industry.

What’s Next for the Gig Economy?

These three industries exhibit plenty of promise for gig work, but they are just a taste of what’s to come. From construction to software and everywhere in between, increased connectivity makes the proliferation of gig work inevitable. Rather than fight against the tide, employers should embrace the change and seek to become leaders in their industries at the front of the gig economy movement.