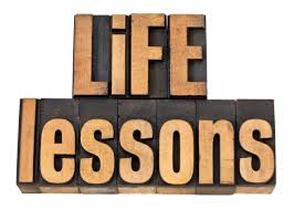 We have become a nation that in many ways eschews the importance of history. And in overlooking history, we also overlook the lessons it can and does teach us.

The ancient Greeks, for example, lived long ago, but in many ways they’re just like us. Successes and failures, great inventions and disastrous wars, the people of ancient times have already encountered much of what we discover about ourselves and our relationships with each other.

But are they too far in the past, too removed from the challenges of today and the future for us to learn from?

Here are some truths about us humans that are time tested.

The ancient Greeks believed that the Olympian gods did not approve of overbearing arrogance. After all, you are mortal. You are not a god, and thus must realize that while you have great promise, you also have limitations.

The tiny Greek city-states were dwarfed by the man-god empires of the east, and threatened especially by mighty Persia. Absolute power in the hands of a man would offend the gods and bring about his downfall. As so it happened with Persia when Greek intellect and valor managed to defeat the Persian Empire and preserve much of what became our art, philosophy, government and science.

So be humble, or the gods will smack you with the giant fly-swatter and bring you back down to earthly status. Simply use your gifts for the betterment of all, and you will succeed.

It’s cynical, but we are assaulted with influence-peddling. You should think our way and buy what we have to sell. Ever get the feeling we are being manipulated by those with economic and political power?

Plato’s Cave is an allegory from the 4th Century BCE. In this scenario, citizens are chained to the floor of a cave and are allowed to see only what shadows are presented on the cave wall in front of them. The rulers of the cave are behind them, passing the images before a fire to cast the shadows. The chained only know what they are allowed to see.

But then one of chained is rescued and is guided to the surface after an arduous journey. When he experiences enlightenment, he is astounded that the truth is far different than what he knew in the cave. Our hero, armed with hard-won knowledge, wants to help the people back in the cave. Upon reaching the chained and delivering his exciting news, they ridicule and even threaten to kill him.

What’s the lesson here?. We have a choice, to be chained, or not.  Being truly chained begins in our minds; staying chained is also often a matter of mindset.

Extreme lifestyles will burn you at some point. We tend to overdo it, and as we get older, the piper has to be paid. Eating too much or drinking too much alcohol reminds us that a person should have more balance. Excessive work and little time off has its negative effects. When we are out of balance our health, our relationships, and our professional lives suffer.  It is difficult to impossible to truly maximize our potential when our lives are askew.

And where has extreme polarity gotten us a nation? Our economy is in the tank, people are fighting in the streets over political issues, and the world view of us is not nearly as positive as it once was.

Balance in all things can be difficult to achieve. After all, we are emotional beings. But balance is key to a healthy life, so it must be worked at.

The ancient Greeks thought deeply about this philosophy of lifestyle.” Everything in

Moderation” was scribed on Apollo’s temple in Delphi, home of the greatest oracle in the ancient world. Remember the myth of Icarus and Daedalus? They fashioned wings held together with wax and hoped to escape the King of Crete. The son, Icarus, was warned to not get to close to the sun, nor too close to waves, or he would plummet into the sea. A teenager likely, he didn’t listen, the sun melted the wax and he drowned.

One morale of the story – maintain an even keel. Don’t fly too high and don’t fly too low.

Three simple, yet sometimes elusive lessons from the experiences of many generations of trial and error leading up to now, clearly showing us how while technology may have made the world a seemingly far different place that a hundred or many hundreds of years ago, the human condition and our basic needs as human beings are still much the same..

So, how relevant is historical perspective? Well, how often are these ‘truths’ encountered on a daily basis?  Look out for them and you might be surprised at just how pertinent they are.