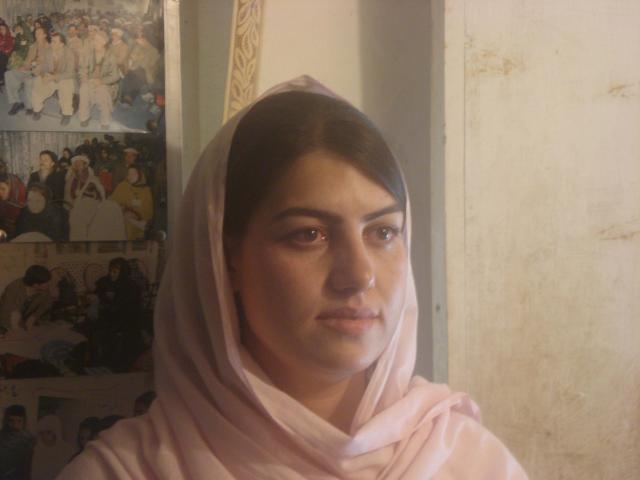 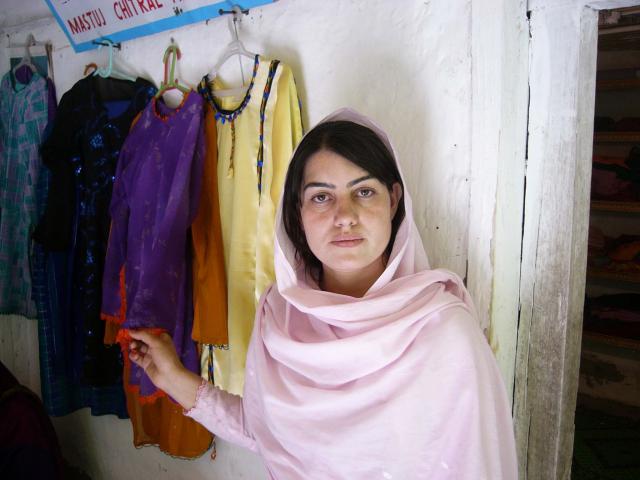 CHITRAL:  3 Star Women Skill Development Community Center was established by three sisters of Tooq Hazrat Abad Tehsil Mastuj in the  year 1999 Miss Shakeela Naz, Director of the center said that main objectives of this center was to strengthen women folk to enable them to earn their livelihood with a honor way as women gaining nothing are not liking in our society she added.  Miss Ashrafia Bibi and Miss Shahira Khan are the sisters of Miss Shakeela who jointly started this center for sewing, embroidery and improving local handicrafts. They were facing great challenges at first even by their family members but they did not discourage and continue their mission. At first Miss Shakeela Naz get training by Agha Khan Rural Support Program (AKRSP) Chitral in different skills and handicrafts. As these three sisters were facing financial problems to open their own center so they got a loan from AKRSP of rupees 5000 at initial stage and 10000 in second phase.

They also get loans from First Micro Finance Bank, Agriculture Development Band and National Bank of to purchase sewing machines, zigzag and other machines. Some 10 students joined the center at first but their number was increased gradually. And some 720 girls/female were trained in this center in different skill speciality. And now they are gaining their livelihood with a respectable way. Main objective of launching of this center was to empower women folk, to come them forward and to encourage them to raise voice for their rights and to strengthen their capacity. As jobless women are usually ignoring in our society so we want to empower them through providing them a plate form to earn their livelihood and to reduce their dependency Miss Shahira Khan Head of the center added.

Miss Shahira Khan was also awarded by First Micro Finance Bank by investment of their loans in a best and for a profitable purpose which was returned with interest. Hence we could not return rupees 50,000 loan of National Bank of because of low profit from our project as the center was open only to improve life standard and skill of women folk Ashrafia Bibi Secretary SSDC said. They complained that the center was open in the year 1999 but no government or non governmental organization supported them morally or financially and they run it on self help basis only on bank loans with marks up. “We want to expand this program by opening more centers in remote and backward areas of Chitral to arrange different skills training for women folk so as to enable them to be empowered and to gain their livelihood without any dependency.” Miss Shakeela said. “ But we facing financial problems as we already have some sewing and Zigzag machines on daily rent basis” she added. “Not only we impart training in sewing and handicrafts but also in cooking, especially traditional cooking, Business Development, embroidery, Fruit Processing (drying and packing), Fresh and Dry fruit both, preparing of James, pickles, seed processing, Zigzag training etc. Miss Shakeela proclaimed she said that I am trained by Micro Finance Bank in Business Development and want to train other women.

Explaining about aim and objectives of the center she said that we want to enable women folk to overcome on dearness through improvement their skill capacity, to support them to sand on their own feet, to involve them in different business activities, and to extend our training to far flung areas. We also train them to enhance mutual harmony and improve leadership spirit among women folk, and to seek solution of their communal problems as will as to inherit traditional skill among young generation. As well as to created awareness among them to protect and fight for their right so as to work shoulder by shoulder with men folk for development of the area. Responding to a question Mrs Shafia Gul a trainee of this center said that I was not aware about sewing and handicrafts at first but joining this center now I can sew my cloth as well as for my family and my family members like and respect me as comparative before getting of my training.  She appeal to President Premier of Pakistan, Non Governmental Organization, Donor agencies and philanthropists to support them for improving and expansion this mission to other areas by opening new center. She also appeal for a suitable center because at present they facing shortage of place. They can be contact or support on following address. Miss Shakeela Naz Director 3 SWSDCC village Tog Hazrat Abad Post Office Mastuj district Chitral phone 0943-486388.