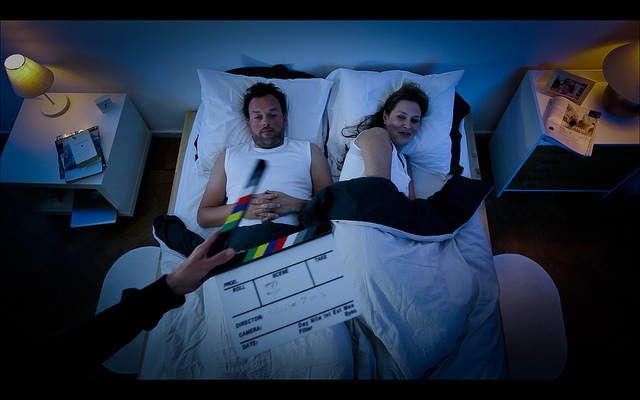 Student life isn’t easy. Despite what some people assume, it’s not all about late nights and partying. In fact, the majority of students attend university to fulfill an ever-expanding quest for knowledge and enhance their future career prospects. But when you’ve got an ever-expanding debt and a mounting maintenance loan it can be difficult to knuckle down. Sometimes it feels like going out and getting a job is the only way to stay in control. Even though this can have a major implication on grades. It’s like a catch 22 scenario.

Besides serving as a catalyst for procrastination, the Internet is a true blessing. Most people don’t even realize it, but a web connection can give anybody the chance to work and earn a living. In this article I’m going to tell you exactly how I managed to get through three years of university without having to break into my maintenance loan.

Working as a Film Extra

The first job I acquired online was working as a film extra in a low budget British movie called Swinging with the Finkels. It even starred the as-of-then emerging Martin Freeman. I was paid £40 cash-in-hand to walk in the background on the picturesque Primrose Hill (Camden, London). Afterwards I signed up to two extras casting agencies – Universal Extras and 2020 Casting. Once accepted I managed to find steady work on a number of Hollywood productions (including The Dark Knight Rises and Captain America). While jobs were few and far between, I managed to make in excess of £7000 throughout my three year course working odd days (mainly during the holidays) on over 20 different productions.

Working as a Virtual Assistant

This was my most lucrative job while studying. While browsing the Elance (now Upwork) for website user tester gigs I came across an ad for a virtual assistant. I began working for an American tech firm from half way across the world getting paid roughly £100 for a six hour shift. In fact, after graduating I started asking myself how can I become a PA in the real world? And then decided to undertake a Souters short course. Fortunately, this provided an easier gateway into the extremely competitive business we call show – I was studying entertainment law. I’m now proud to call myself an assistant talent agent in the music industry.

Selling Arts and Crafts on Etsy

When I was 18 years old I randomly started needle felting as a hobby. And I got quite good at it! The first week living in student halls my flatmate asked me to make a cat for his mother. He offered to pay me a whopping £10 for my time. While I didn’t accept his offer (I did it for free), a lightbulb went off in my head. I took photos of all of my old creations and started selling felted Pokemon and Studio Ghibli figures on Etsy. While it wasn’t going to pay off my maintenance loan, I managed to make a steady £50-£100 per month.