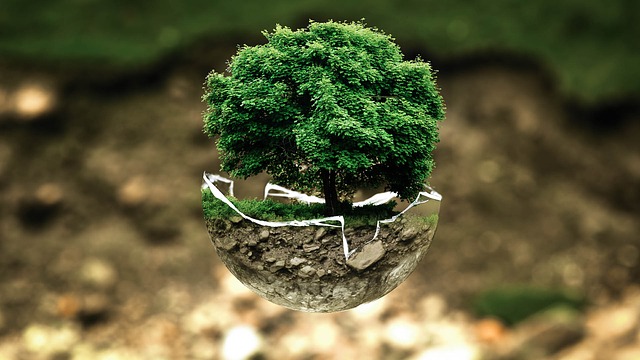 It’s difficult to deny that human beings have caused a lot of environmental problems. Even if you don’t believe the evidence showing that people are directly responsible for warming temperatures and inclement weather patterns, you only have to look out your window to see garbage and other signs of pollution.

Some strategies to cut energy pollution need to happen at the federal and state levels. Some of them, however, can happen in your own home.

Fossil fuels like oil, coal, and natural gas generate about 82 percent of the country’s energy. These fuels have made modernization possible, but they have also contributed significant amounts of pollution to the air. Much of this pollution contributes to the greenhouse effect that causes global warming. Air pollution also causes respiratory diseases in about 25 million Americans.

The good news is that fossil fuels have helped scientists develop renewable forms of energy that do not cause as much pollution. The United States just has to devote itself to using more of these renewable energy sources to lower the pollution that hurts the planet and personal health.

Countries like Germany, Japan, and Spain rely on solar power to meet much of their energy needs. The United States isn’t far behind those countries, but it could do a lot more. As a world super-power, the United States belongs as the leader in renewable energy, not as a follower.

You don’t have to install solar panels on your home to lower your fossil fuel consumption. Taking care of your appliances is a big step toward using less energy and, therefore, contributing less to the world’s growing pollution problem.

Regular HVAC maintenance is one of the most important things you can do to lower your energy consumption at home. Indoor Solutions Inc. provides maintenance services that will make your air conditioner and heater as efficient as possible. Regular maintenance will also help lower your household expenses. When you use less electricity and natural gas, your monthly utility bills fall quickly. That makes regular maintenance environmentally and financially responsible,.

Go to your nearest stream or river, and you will probably see plastic bags, bottles, and other items lining the shores. That’s not only a problem for your local waterways, but the entire world. In Los Angeles, some experts estimate that 10 metric tons of plastic float into the Pacific Ocean daily. That plastic goes on to damage ecosystems that many plants and animals, including humans, rely on for sustenance.

Some easy ways to use less plastic include:

If you have to use plastic, recycle it, if possible.

Whether you prefer getting politically active or focusing on what you can do on a personal level, there are things that you can do to reduce pollution in the United States quickly.