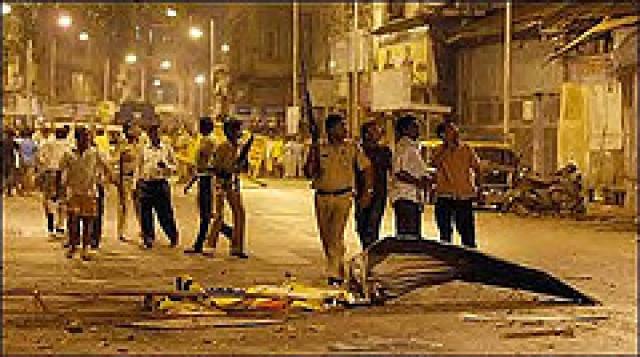 Mumbai, India (GroundReport) – At 4:15pm local time in Mumbai, the Indian army and the counter-terrorist commando group have gained control of the Oberoi Trident hotel.

Meanwhile, blasts and gunfire continue at Niriman House, a Jewish residential complex in Mumbai. According to reports, there may be anywhere from 2-3 terrorists holed up in the complex.

According to press conferences by security officials, the number of terrorists that made their way to Mumbai via coastal waters number from 12-15. Although initially, port authorities said that the gunmen were on board a ship from Turkey, reports now say that the ships involved from Karachi, Pakistan making its way to Vietnam. It is also believed that the ships involved made their way to Vietnam.

Although there are conflicting figures and facts surrounding this 42-hour saga, authorities have said that 30 bodies have been found so far in the Oberoi Trident hotel.

Commandos are still trying to stablize the situation at the Taj Mahal hotel, as well with 2-3 terrorists still believed to be inside the hotel.

One official has said that they now have identified the group who is responsible for the attacks in Mumbai. Three individuals were said to be linked to the Lakshar group from Pakistan. The chief of the intelligence agency, ISI, is believed to be on his way to meet with Indian officials.

Reports now say there is enough links to suggest  that the terrorists are an external outfit. Mauratian ID cards were confiscated by Indian commando forces. They were also believed to be fluent in Punjabi, a language spoken in Pakistan. In addition, the gunmen were also throughly familiar with the details and entry points of the luxury hotels they seized.

Authorities also said that they were tap into a conversation between one of the terrorists and their leader, implicating that they have are now able to confirm who is behind the heinous attacks that have plagued Mumbai for more than 42 hours.

According to latest reports, 155 are dead and 327 have been injured.

The chief minister of Maharashtra has admitted to accusations that the city’s coastal security has deteriorated, say reports.