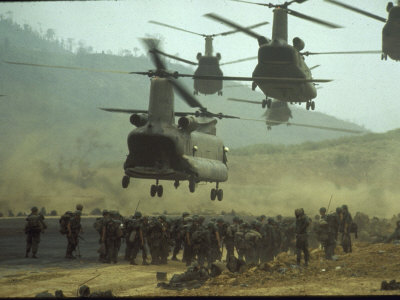 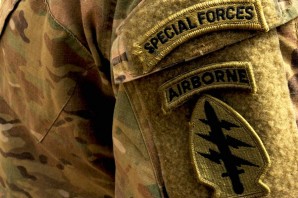 Some 31 U.S. special operation troops and seven Afghan commandos, were killed when Taliban insurgents shot the helicopter down in Afghanistan in 2011 in what was the largest single death of US troops in the history of Operation Enduring Freedom.

In that incident the Taliban claimed responsibility for the downing of  the helicopter with rocket fire while it was taking part in a raid on a house where insurgents were gathered in the province of Wardak late Friday. It said wreckage of the craft was strewn at the scene.

President Barack Obama mourned the deaths of the American troops, saying  that the crash serves as a reminder of the “extraordinary sacrifices” being made by the U.S. military and its families. He said he also mourned “the Afghans who died alongside our troops.”

Afghan President Hamid Karzai on Saturday gave his first public words of the “crash”, saying in a statement that “a NATO helicopter crashed last night in Wardak province” and that 31 American special operations troops were killed. He expressed his condolences to President Barack Obama and the American people.

The helicopter was a twin-rotor Chinook. The model have been in service for a while and were used in Vietnam to ferry troops around.

The harsh reality is that today the helicopter is not the ideal choice of troop transport or extraction because it is highly vulnerable during landings and takeoffs.

It was hit by one of two shoulder-launched missiles fired from the cover of a grove of date palm trees. Sixteen Americans were killed and 20 injured in that attack. 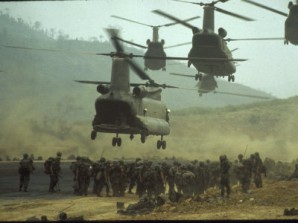 Chinook in Vietnam circa 1971.

This is just the latest incident in a long string of attacks against this type of helicopter.

I talked with one Pentagon official, who refused to be named in this report who suggested “the time has come for the US military to replace these helicopters.”

Note: This high ranking officer was a proponent of the V22 Osprey, a helicopter that has been the subject of much controversy because of its development and huge cost increases. Each Osprey costs around $69.3 million (conservately) to produce, not including maintenance costs…

He went on to say that with sequester cuts looming the chances of replacing this helicopter is very slim to none.”

The budget sequestration in 2013 refers to the automatic spending cuts to United States federal government spending in particular categories of outlays that were initially set to begin on January 1, 2013, as an austerity fiscal policy as a result of Budget Control Act of 2011 (BCA), and were postponed by two months by the American Taxpayer Relief Act of 2012 until March 1 when this law went into effect.

The reductions in spending authority are approximately $85.4 billion (versus $42 billion in actual cash outlays during fiscal year 2013, with similar cuts for years 2014 through 2021. However, the Congressional Budget Office estimated that the total federal outlays will continue to increase even with the sequester by an average of $238.6 billion per year during the next decade, although at a somewhat lesser rate.

On the flip side, I also got an email from  CW2 (Chief Warrent officer) who works with CH 47F and MH-47G models, who said: The CH-47 model (in particular) is “the fastest, safest method to move forces from one location to the next.” He continued: “The ability to rapidly move troops is an asset that has yet to be matched.”

Note: I am not releasing the name of this officer in order to protect him from any retaliation he might be subject to for speaking to unauthorized media representatives without prior authorization by his chain of command who may not look unfavorably upon such actions. As well prevent the enemy from using his name to trace his unit affiliation and/or friends or family via social networking sites.

At the same time this officer admitted “it is not perfect” but there “is nothing out there that is better.” He pointed specifically to the MH-47G and CH-47F models as some of “the most technologically advanced helicopters ever built. That ” their advanced avionics packages allow an ‘aging’ ( as I put it to him) design to support the US Army for years to come.”

Filed under: Military, News
Share Tweet Pin G Plus Email
previous article: Children practice a “simple and natural kind of peer support” we can all learn a lot from
next article: Former Kansas City Chiefs place kicker Ryan Succop close to signing with the Tennessee Titans