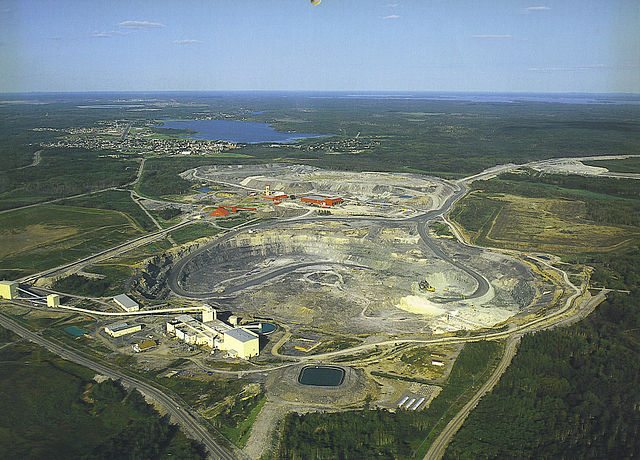 Over the next decade, the Canadian economy can expect a significant boost thanks to $342 billion in new resource project investment, according to a report from the Conference Board of Canada (CBoC). These major projects, which will happen across the resource and mining sectors, will also add as much as 65,000 jobs to the workforce in Canada.

“The commodity market is highly cyclical and conditions are expected to improve,” said Marie-Christine Bernard, Associate Director of The Conference Board of Canada. “The sector will continue to be an important part of Canada’s economy and provide well-paying jobs for a great number of Canadians.”

While the report looks optimistically to the future of the resource sector and its growth, it does highlight the growing need for a skilled workforce, one that can take over as the baby boomers continue to retire over the next ten years.

Demand for skilled labour will only heighten as the number of available jobs in the metal and non-metal mining market grows at 1.3 percent annually, from 58,600 today to an estimated 67,400 jobs in 2026.

Recognizing the void that will be left from an aging workforce in the mining industry, the federal government made a commitment in its 2016 budget to invest $4.2 billion over five years for the education and training of indigenous people.

“I think [mining companies] are going to have the opportunities to go further and deeper in terms of partnerships and relationships [with indigenous communities],” he said. “It will be the most important investment made in this decade.”

In addition to noting the need for labour growth, the CBoC report also looked at three mining projects that are slated to strengthen the Canadian economy. These included Noront Resources’ Eagle’s Nest mine, Goldcorp Inc.’s Coffee Gold project and the Jay Project at Dominion Diamond’s Ekati mine.

It’s estimated that approximately 20 percent of the $342 billion investment will go to the metal and non-metal mining sector, with the majority of sector growth occurring in 2018.

Despite the mining industry experiencing growth as a whole, the CBoC reported Goldcorp’s Coffee Gold project in the Yukon and the Lac Opinaca Mine (Project Éléonore) in Quebec amongst the most promising. The Coffee Gold project, which Goldcorp finalized earlier this year, is especially exciting because it lays the groundwork for Indigenous relations in the area.

With potential gold production estimated to reach 1.9 million ounces over the life of the mine, Goldcorp Chairman Ian Telfer is also optimistic about the future of the mining sector.

Ian Telfer mentioned that mining projects will continue to help Canada’s economy move forward in the next decade.

Telfer also pointed out that the estimated growth is based on existing and scheduled projects, so the potential for the economic impact to be greater is also there as more projects work their way through the development phase.

Canada’s long term growth depends on the continued strengthening of the entire mining industry. With approximately 42,000 resource sector workers expected to retire between now and 2026, it is important the country invests in the training and education of its future workforce.

Filed under: Business, Employment
Share Tweet Pin G Plus Email
previous article: Iran’s Supreme Leader fears neither God nor United States
next article: Why You Should Not Look for “The One”