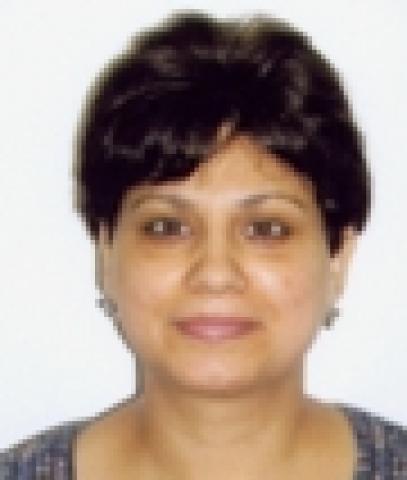 Underscoring the need to build capacity for heritage preservation and management and spreading awareness among the masses about the preservation of art and cultural heritage, Ms. Aparna Tandon, a renowned art conservator who is based in Rome, Italy, today said that we could benefit from cultural heritage only if we train people in the state to effectively preserve and manage heritage assets.

Delivering an extension lecture on "Significance, Use and Preservation of Cultural Heritage in Jammu and Kashmir" organized by the Centre for Adult, Continuing Education & Extension (CACE&E), University of Jammu, at its Seminar hall today, Ms. Tandon,  Project Specialist, International Center for the Study of the Preservation & Restoration of Cultural Property (ICCROM), Rome, Italy said that cultural heritage resources in J&K are still unidentified, underutilized and undervalued and the state lacks capacity to effectively manage  and preserve all types of heritage.

"The existing heritage management structures desperately need trained personnel and increased public participation. And I am not talking about university level training only. I am talking about skill enhancement training for people who are already in Jobs in museums, archives. I am talking about interdisciplinary exchange and training workshops for structural engineers, artisans, conservation professionals, museologists, art historians etc", she said adding there is a lot of space for all types of training programmes of various private institutes to step in and contribute to the development of this workforce.

"But we can still do a lot including planned development integrating heritage conservation concerns," she said elaborating that it is important for us to understand what are our resources, what goods and services we can generate for sustainable use of these resources without annihilating them. Quoting an example of paper making, she said at one point in history J&K, used to be centre in paper making and Kashmir was renowned for paper marbeling.

"Why can’t we generate good quality hand made paper, rejuvenate paper marbeling, create live spaces where craftsmen and visitors or potential buyers can meet, introduce shops in museums, railway station, airport etc., give guided tours to papermaking factories to people who come for Amaranth yatra or to Vaishno Devi," she questioned.

Stressing for the need to develop an inclusive approach to conservation that respects diversity, she said that approach needed to go beyond narrow and sectarian view of heritage.

"Here I would like to highlight two stereotypes that are often promoted in name of the Cultural heritage of J&K, i.e, Jammu-the city of temples and Kashmir the land of Badshah where the projected view is that the culture of Kashmir reached its peak from 11th century onwards," said Ms. Tandon who has the distinction of being the first Indian to work at the International Centre for the Study of the Preservation and Restoration of Cultural Property (ICCROM) in Rome.

Asserting that one of the biggest threats to heritage is unplanned development, she expressed her concerns over displaced communities, disappearing sacred groves, dying art forms and endangered oral histories adding not all development is good. She said in practice everyday we see, increasing negative impacts of development such as massive urbanization, displacement of communities, disappearing sacred groves and reserves, dying art forms and endangered oral histories.

She said there are also sources of risk such as fire which escalate in face of neglect and inadequate protection. Mubarak Mandi is a case in point and the historic city center has suffered 36 major minor incidents of Fire since 1947.

Asserting that there was need to work out inter relation between resources, goods and services, Ms Tandon who as the founder-convenor of a NGO, Preserve Art Treasure and Heritage (PATH) organized a series of preventive conservation and awareness generation camps for the collections and sites in Jammu and Kashmir from 2003-2004, said it is important to capture economic and other benefits at project levels.

"While we were researching and planning for the event, we discovered that it is predominantly muslim craftsmen who make kites especially the bamboo stick which support the paper of the kite and acts as is spine and the Hindus that make manja, the glass coated thread used to lift and fly kites. Initially we planned to limit the event to school children and hold an exhibition of kites inside the museum. But we were approached by several people from the mohallas of the walled city who by tradition have been organizing kite flying competitions between various localities. They wanted us to open the activity for such groups as well. As the event became bigger and still bigger we invited the tourism department to join us and has some food stalls installed to cater to a crowd of 5000 people," she said.

Another similar activity which promoted people’s heritage was a workshop on "Rutt Rahde" festival season when women of a certain community draw holy symbols on walls and floors praying for a good harvest, peace and abundance. She said slowly but surely we have been losing this tradition as pressures of development have resulted movement of village communities to urban city centres.

Ms. Tandon who has specialized in Paper Conservation from,Harvard University Art Museums also discussed in detail the current challenges that we face in preserving cultural heritage in J&K especially keeping in mind the incidents of the past few months that have resulted in pronounced cultural and religious divides.

The thought provoking lecture explored some key questions, issues and challenges in heritage conservation that are by no means unique to J&K and are relevant all over the world.

Professor Poonam Dhawan, Director, Centre for Adult, Continuing Education & Extension (CACE&E), University of Jammu, in her address said that there was need to have an action plan about preservation of art and cultural heritage. She said the members of the civil society needed to come together and work in this direction. She also recalled her work in Samba town which was famous as "Chittoin Ka Shahar"(City of Block Prints). She lamented that the priceless handmade blocks of Samba have been lost forever and there are hardly any antique blocks now in the city