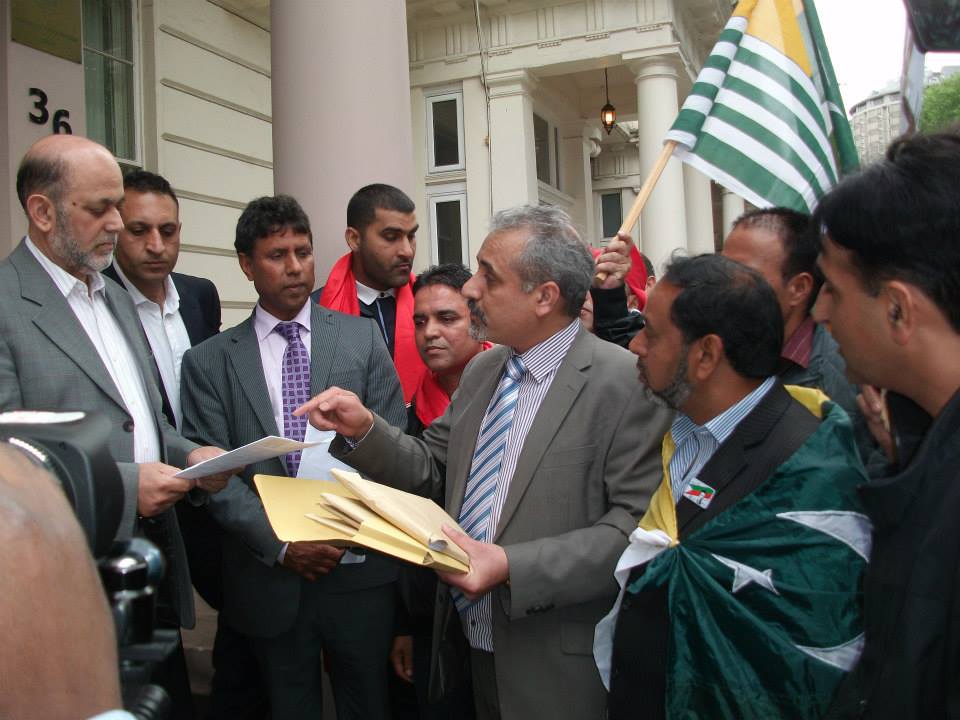 On Thursday June 13 hundreds of Kashmiri Political, human rights, peace and civil society activists and organisation responding to Justice 4 Arif Shahid Campaign’s Call for action joined a public protest rally in front of Pakistan High Commission, London to call upon the Chief Minister of Punjab Pakistan to order judicial inquiry into political assassination of Kashmiri Nationalist leader Sardar Arif Shahid who was killed in a targeted killing on 13 May 2013 in Rawalpindi Pakistan.

Sardar Aftab Khan, Coordinator of the Justice 4 Arif Shahid Campaign said that “one month has passed and apparently there is no tangible action taken or efforts have been made by the Punjab Police to bring the perpetrators involved in the targeted killing of Arif Shahid to justice.”

Mehmood Kashmiri, Chairman of the Jammu Kashmir National Independence Alliance and President of Arif Shahid’s Party JKNLC branch in UK said that “the family members, friends, and members of ‘Justice 4 Arif Shahid (Shaheed) Campaign, and all those who signed this petition want an immediate action from the Punjab Government to bring the conspirators and killers of Mr. Shahid to justice.” 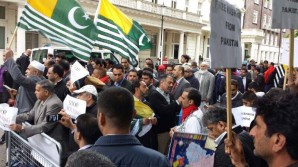 A highly charged rally of over 300 protesters chanting slogans, “We want justice for Arif Shahid” “We want Freedom”, and “India and Pakistan quit Kashmir” were demanding from Pakistani Government and Chief Minister in Punjab, Mian Shahbaz Shahrif  to order a judicial inquiry into targeted assassination of their beloved son of the soil and a leader of national independence movement in Jammu Kashmir.

Sardar Aftab Khan voicing his concerns said that “if judicial inquiry is not constituted within seven days, then Arif Shahid’s family, friends and members of ‘Justice 4 Arif Shahid (Shaheed) Campaign’ and all those who have signed this petition will firmly believe and consider this assassination: a case of a target political killing and Punjab government is reluctant to bring the real offenders to justice.” 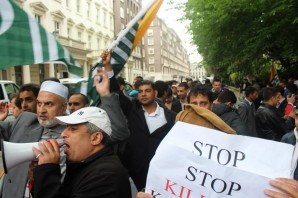 The petitioners are demanding that the Chief Minister of Punjab Mian Shahbaz Sharif ;

1- To order a judicial inquiry into the targeted assassination of Sardar Arif Shahid (Shaheed), and direct officials to ensure that the process should be completed within 21 days.

2- To ensure that the Judicial inquiry must consider and investigate all aspects and connections leading up-to this cold blooded targeted assassination of a Kashmiri political leader and to press upon Punjab Police in Rawalpindi to take immediate and appropriate action to find and bring the killers of Arif Shahid to justice within 15 days.

3- To ensure the liberty and security of victim’s family members and Kashmiri nationals living in Punjab.