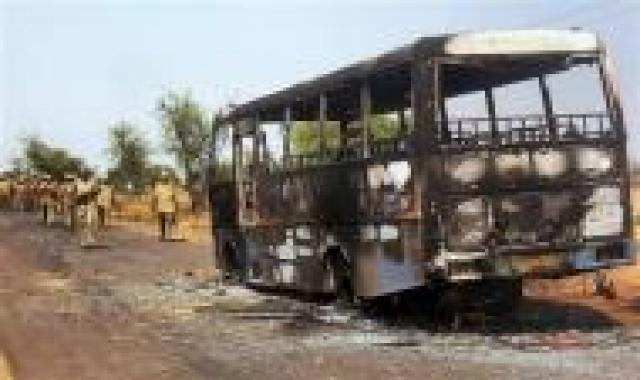 JAIPUR, India (AP) – Authorities invited leaders of one of India’s lowest castes for talks as the death toll rose to 37 Sunday from three days of bloody demonstrations over caste classification.

Police repeatedly opened fire on violent protests by the Gujjar community on Friday and Saturday in half a dozen villages and towns in western Rajasthan state.

The Gujjars are seeking to reclassify their caste to a lower level, which would allow them to qualify for government jobs and university places reserved for such groups. The government has refused.

The Hindu caste system – a hereditary social strata – was outlawed soon after India’s independence from Britain in 1947, but its influence remains powerful and the government awards aid packages to different groups.

Police in Sikandra town fired at protesters who torched a police station and two buses Saturday and shot and wounded a policeman, said Amanjit Singh Gill, Rajasthan’s director-general of police.

Protesters also burned down a police station in the nearby village of Chandra Guddaji, Gill said.

At least 70 injured people were hospitalized in Jaipur, the state capital, and the town of Dosa.

Gujjars took to the streets after a government panel set up to look into their demands recommended a $70 million aid package for their community, but ruled out caste reclassification.

Gujjars are considered part of the second-lowest group, known as Other Backward Classes, a step up from the Scheduled Tribes and Castes.