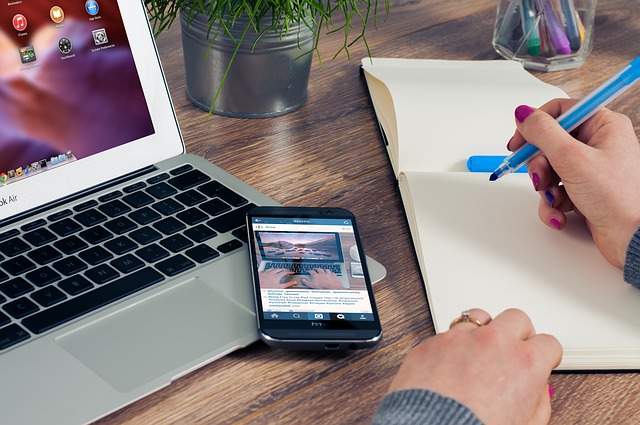 During the first seven years of its existence, the Apple iPhone sold almost 600 million units. It quickly evolved from revolutionary device to must-have product for many consumers. The smartphone market is among the most important in society, and none of that is possible without the Apple iPhone. Given its seminal place in North American culture, it’s important to understand how the device has improved over the years. Here are four major stages in the evolution of the iPhone.

Apple leveraged their market domination in the MP3 industry into a new market. Their introduction of the iPhone showed that a phone could perform the functions of several products without sacrificing size. The original iPhone was 2.4 inches by 4.5 inches and less than half an inch thick. Despite the tiny dimensions, it combined touchscreen technology with existing MP3 and phone standards. The result was a single device capable of performing numerous tasks at once.

Technically, there was never an iPhone 2. Instead, Apple delivered a few iterations of the basic model. They waited until the release of the iPhone 3G to make major changes. The most important of those was the introduction of the digital App Store. It allowed programmers to develop their own apps, each of which went through an approval process with Apple. In that manner, they could guarantee the underlying quality of all software while vastly increasing the potency of the iPhone.

Company founder Steve Jobs proudly trumpeted the addition during the initial press conference for the iPhone 3G. He proclaimed, “You’ve got everything you need if you know how to write apps using the most modern web standards to write amazing apps for the iPhone today. So developers, we think we’ve got a very sweet story for you. You can begin building your iPhone apps today.”

Today, 1.5 million apps exist in Apple’s App Store. The elegance of their system is that Apple enjoys a split of the revenue from each App Store sale. In 2015 alone, they grossed six billion dollars from software that others built to run on the iPhone. It’s an evergreen monetization of their central phone product and one of the most important improvements ever for the iPhone.

In the early days of the iPhone, the touchscreen display was enough of a novelty to drive sales. As other competitors, particularly Samsung, copied Apple’s style, Apple felt pressure to innovate. The constant focus of their updates is the screen itself. Visual display is a core feature of smartphone usage. Today’s owners expect more than the 3.5-inch display of the original phone. Plus, its relatively cheap parts couldn’t compare to the glossy components all major smartphones use today.

Owner expectation is why the feature-rich Apple iPhone 6S Plus is such a remarkable product. The evolution of the iPhone screen has led to a device only marginally larger than the first version. But the latest iPhone has an impeccable display which is every bit as good as an HDTV. It features 401 pixels per inch, to make 1920 × 1080 pixels. Apple left blurry pictures behind in favor of a crisp 1080p screen that plays videos perfectly.

Of course, that’s not the only change in the iPhone 6S Plus. Apple’s designers recognized that users wanted easier typing on a larger display. So they made it 5.5 inches, boosting the overall utility and convenience of the entire unit.

With identity theft a growing concern, Apple planned a way for consumers to protect their information. They started with the passcode system, a four-digit authentication process. The premise is that the only person who can unlock an iPhone is the owner, the one who knows the code. In 2015, Apple updated their system again, changing to a six-digit passcode, thereby adding exponents of complexity to the existing system.

That’s not their only privacy concern, though. Apple CEO Tim Cook has prioritized digital security and privacy, even if it leads to a showdown with the federal government.

Apple’s actions prove that they care about all phases of iPhone ownership. Each of the four major evolutions has led to a better product and more satisfied consumers.