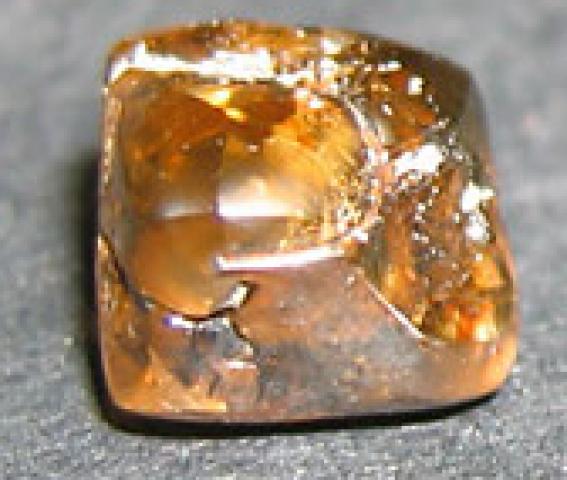 The largest diamond ever found in the United States, the 40-carat white diamond named Uncle Sam, was unearthed in 1924 at the Murfreesboro park.

The Crater of Diamonds park is the world’s only diamond-producing site open to the public and visitors can keep the stones they dig up. More than 700 diamonds have been found at the park this year.

Eric Blake, 32, of Appleton, Wisconsin was digging at an Arkansas diamond park with his fiancee yesterday and found a 3.92-carat white stone, but the rock will go into his collection because his would be already has a ring and a setting.

Eric spotted the stone along a trail at the Crater of Diamonds State Park when he set down a 70-pound bucket of mud that he was carrying to a wash basin. "I put the bucket down to switch hands. I looked down and there it was," Blake said.

Eric found a 1.49-carat stone Monday. The larger one is big enough to fashion into jewelry but Blake hadn’t decided whether he will have it placed into a setting. "I only found it an hour ago," he said.

Eric, a carpenter, said his grandfather had taken him to the state park about 15 years ago and that he returns two to three times a year. "We usually find something," he said.

His fiancee Susan Gabrielson — who has "only one carat on her finger" — her daughter Sayde and Susan’s sister Sarah accompanied Blake to the park this week. Susan found a 1.47-carat stone and some smaller gems Monday.

"We’re going back out today. We’ll take a lunch and then go back into the field," Blake said.