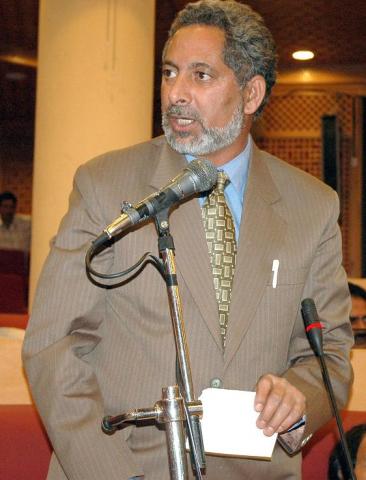 , October 04 (Scoop News) – About 4582 kanals of land has been identified in village Khurhama, Tulmula, Zargrund and Rakh Rabtar in District Ganderbal for establishment of . The Revenue papers of village Tulmula and Zarigund have been submitted for authentication whereas revenue papers for remaining two villages namely Khurhama and Rakh Rabtar are awaited.

This was stated by the Minister for Higher Education,  Abdul Gani Malik in reply to a question of Haji Ali Mohammad in Legislative Council today. He said as soon as the Revenue papers are received they will be submitted to the Government of India and the process of preparation of Master plan for the Central University will be taken up.

The Minister said that the construction work will be executed only after the Revenue papers are authenticated and the Master plan for construction of Academic and Administrative Buildings, Libraries, Residential Quarters, Hostels, Guest Houses, Auditorium and Sports complex are prepared by Ministry of Human Resources and Development/University Grants Commission.

Inquiry into Mendhar firing incident to be expedited – Minister for, Law and Parliamentary Affairs  Ali Mohammad Sagar today assured the Legislative Council that Principal Secretary Home will be asked to expedite inquiry into the recent firing incident of Mendhar in Poonch district.

Replying to a Calling Attention Notice by  Mohammad Rashid Qureshi regarding the obtaining situation that has arisen due to killing of three youths and many other injured at Mendhar on September 15,  Sagar  said that around 9.20 A.M., an announcement was made from Jamia Masjid, Mendhar, appealing Beopar Mandal Mendhar to shut down their business establishments in protest against the report in some news channel alleging desecration of Holy Quran in Untied States of America,. Subsequently, all the business establishments and educational institutions were closed down in Mendhar and people assembled in Jamia Masjid Mendhar. A procession comprising religious and  prominent citizens started from Jamia Masjid for Bus Stand Mendhar, where the congregation was to be addressed by religious leaders and others as per schedule.

The procession on reaching Tehsil Office/ Shaheedi Chowk, near SDPO office, split into two groups. The smaller group proceeded towards Bus Stand Mendhar, while the major group comprising mostly youths started proceeding towards Shankla Chowk via Dak Bungalow where some education institutions including are located:

When the mob reached near office, SDPO Mendhar –Shri Vivek Gupta, IPS along with available manpower tried his level best to stop the processionists but failed. Again near the BDO office, the SDPO was pushed aside by the mob which continued its forward movement. Sensing the gravity of the situation, the SDPO Mendhar used minimum force to stop the procession but the processionists turned violent and started heavy stone pelting on the Police, who retaliated by way of tear gas etc. During the melee, SDPO Mendhar was hit by stones and received injuries. Seeing the officer falling on the ground, his PSOs resorted to firing to save the Officer and the public property, in which 14 persons sustained injuries, of whom three persons succumbed to their injuries. Seven persons were shifted to GMC Jammu, two in SDH Mendhar and two in DH Rajouri.

The mob later resorted to arsoning and set ablaze BDO office in which two LPG cylinders exploded causing injuries to six protestors, who were hospitalized. The unruly mob then proceeded towards the Government offices of Agriculture, Veterinary and PDD to cause damage to them.

He said the miscreants also entered into R&B Office, Mendhar, burnt the office record outside the office and then ransacked the building. Six cases have been registered into the burning of Government properties and killings.

Divisional Commissioner, and Inspector General of Police Jammu Zone visited Mendhar on September 16 and conducted joint meeting with civilians, members of deceased families and prominent citizens of the area.

He said the then SDPO Mendhar has been attached with IGP Jammu Zone, and four PSOs have been shifted. A case FIR has been registered against Shri Vivek Gupta, SDPO Mendhar, Ct. Abdul Hameed, Ct. Rakesh Kumar, Ct. Mohd. Saif and SPO Mohd. Assi.

Divisional Commissioner, has been  appointed as Inquiry Officer to enquire into circumstances leading to the firing that resulting into death of three persons and injury to civilians and Police personnel in Mendhar. The inquiry report is awaited.

The Government has sanctioned ex-gratia relief @ Rs. 5 lakh to the families/ NOK’s of three families.