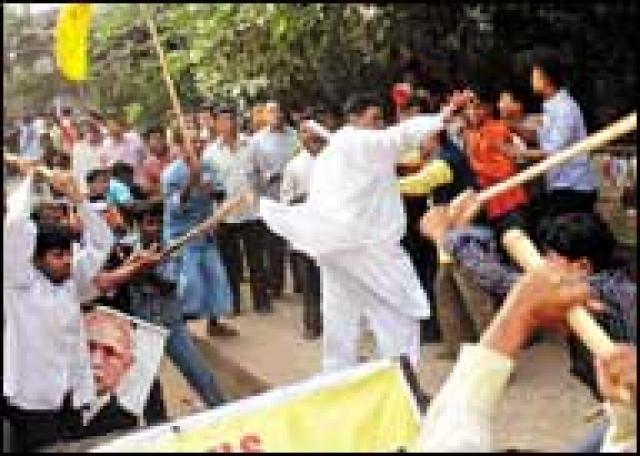 The government has decided to deploy over 500,000 security personnel across the country to ensure peaceful holding of elections in 481 upazila parishads on January 22.

Sources said the home ministry has already laid out a security plan for the polls and members of Bangladesh Rifles (BDR), coastguard, Rapid Action Battalion (Rab) and Armed Police Battalion (APBn) will fan out as mobile and striking forces across the country from January 16 as per the arrangement.

The Election Commission (EC) has already decided not to deploy members of the armed forces in the upazila polls, which will be the first election under the newly elected government.

However, the EC yesterday held a meeting on the security of upazila polls and decided to seek opinion regarding security situation from the field level officials engaged in holding the elections.

“On the basis of the opinions from field level officials, the EC might review its earlier decision not to deploy members of the armed forces during the upazila polls,” Election Commissioner M Sohul Hossain told reporters at his office yesterday.

The government has already asked BDR and members of other law enforcers to tighten security and watch in the bordering areas so that criminals hiding abroad could not come to the country with firearms, ammunition and explosives ahead of the upazila elections.

It has also asked the customs and immigration authorities to mount watch to control arrival of persons who might be a risk or threat for holding the elections peacefully. Order has also been issued to arrest probable troublemakers during the election.

A home ministry official, wishing anonymity, also said members of BDR, coastguard, Rab and APBn will be in the field till January 24 to maintain law and order during and after the upazila polls.

According to the plan, BDR personnel will alone work as striking force in 87 frontier upazilas. Members of the striking force will not enter the polling stations but will patrol all the time.

Besides, Judicial and executive magistrates will also work in the field from January 16 to 24.

“One judicial and one executive magistrates will be deployed in each upazila from January 16,” said M Sohul Hossain on Tuesday.

As there is no deployment of army in the upazila polls, the number of police, BDR and other law enforcement agencies will be increased along with strengthening their patrol compared to the December 29 parliamentary elections, he said.

Law and order coordination cell will be opened at EC secretariat, home ministry and at the offices of returning officers three to four days before the polling day aiming at taking quick measures in case of any trouble.

Besides, the home ministry has already issued a circular so that people having firearms’ license do not carry their arms from December 15 to January 31.

However, there will be no restriction on the movement of taxicab, microbus, pickup van and jeep in metropolitan city areas and on national highways.