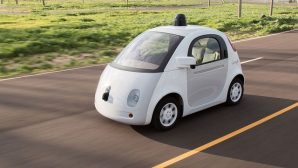 Autonomous vehicles have been on U.S. roadways, in testing phases, since 2009. Accidents have occurred involving some driverless vehicles, and in most cases, the fault was placed on the other human-operated vehicle/s involved. Concerns do remain regarding the safety, practicality and affordability of these vehicles.

Internet signals, such as those required to properly operate a driverless vehicle, can become intermittent or non-existent in periods of inclement weather. Concerns regarding stranded vehicles, becoming a roadway hazard and unable to restart the vehicle to continue a trip. Autonomous vehicles are also rather lightweight, red flags surround operating one of these vehicles during a major storm with high winds.

A valid issue is the time it takes to send data and instructions to the brain of the vehicle quickly enough to avoid road hazards, pedestrians and other vehicles to prevent an accident. Technology does lag from time-to-time, which can lead to a sensor not delivering a command to stop or swerve in an ample amount of time. Debris, trees and being in heavy traffic can also hinder signal delivery and vehicle response time due to delayed sensor activity. 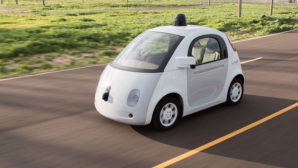 Some studies have been conducted on overall safety and how well driverless operate among human drivers. While less than 20 accidents involving driverless cars have occurred, most were caused by distracted drivers, physically operating every move of their vehicles – not the driverless vehicle. Distracted driving is a common cause for accidents with more drivers multi-tasking. The use of mobile devices for texting or using social media and technology inside vehicles like satellite radio and touchscreen commanded audio are reported to be the causes of many serious auto accidents.

The future of driverless vehicles includes plans for driverless fleets for delivery and transport purposes. In Michigan, major auto industry influencers and lawmakers are already beginning the states of developing road laws and bills to include driverless vehicles on roadways, including in fleet situations for commercial purposes. A buzz surrounding this topic arose and some consumers have commented that they would be uncomfortable with fleets of driverless vehicles navigating through city streets and on highways as network connections can become unstable.

Technology regarding these vehicles has advanced and evolved enough to make major automakers interested in manufacturing multiple models for purchase by the general public. The ability to purchase a driverless vehicle from an actual auto dealership is still several years away. This gives the necessary entities enough time to construct rules, regulations and driving laws to include driverless vehicles.

Recent consumer polls, conducted by AAA, show that 75-percent of those surveyed would be afraid to be driven by an autonomous vehicle. In the same survey, 61-percent of those polled expressed the desire to have a self-driving feature. The inability to be in-control and physically operate a vehicle leaves many feeling uneasy.

A simple breakdown of the AAA survey showed that:

The most recently reported driverless vehicle accident was in April 2016, where no injuries occurred and the damage was minimal. Regardless of the promises made with the included technology and advanced safety features – people are still afraid to relinquish control to a vehicle.

Driverless vehicles are the future of transportation. While society is still several years away from seeing more of these vehicles sharing roadways, plans are also in-place for autonomous public transportation, delivery vehicles and other commercial fleet applications. Some options to cease safety concerns are to include sensors with longer-range, signal boosting software and the ability to switch from auto-driver to human-operation seamlessly. The ability to take over control of the autonomous vehicle to prevent an accident or feel safer until becoming more acclimated with the vehicle is a popular suggestion in society surrounding the potential for public purchase of driverless vehicles.