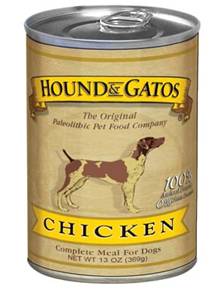 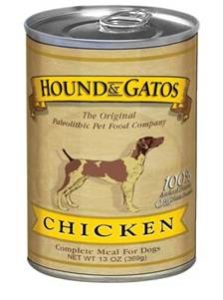 Most people don’t give much thought to who owns a lot of the businesses in their area. They go about their day, picking up things here and there, and not giving much thought to the entrepreneur behind the business name. Some of the businesses that people pass by each day may be owned by the country’s veterans. In fact, according to the U.S. Census Bureau, there are 18.8 million veterans in the country, and around 405,000 of them are entrepreneurs.

“Veterans make for a special kind of entrepreneur,” explains Will Post, who is a veteran and is the founder and CEO of Hound & Gatos Pet Foods Corporation. “They come into the business world with experiences and stories that at times makes them feel they are more fit for owning their business than anything else. They tend to have a high success rate because they are not afraid of the hard work, discipline, and dedication that it takes to be a business owner.”

Here are 5 reasons to seek out and support veteran businesses:

“At times, there may not be an option to support a veteran-owned business,” adds Post. “But when there is, it’s a good idea to show your support. It will go a long way toward helping those who helped us all.”

After leaving the Marines, Post was equipped with the leadership skills that helped him identify problems, and be inspired to find the solutions. He saw a big problem with the pet food industry, in that the food is generally poor in quality, and made with ingredients that beloved pets should not be consuming. He believed pets deserved better food that was higher quality and made with only healthy ingredients, helping to keep them healthier and happier. That’s when he took his leadership skills and became an entrepreneur, helping to revolutionize the pet food industry, by creating the Hound & Gatos Pet Foods Corporation.

Today, Hound & Gatos Pet Foods Corporation is an award-winning veteran-owned pet food company that has taken a stand against foreign meat and ingredients being used in the foods. Their ingredients are sourced (with the exception of New Zealand lamb) and processed only in the U.S. with so that they can help keep pets healthier and safer. Some of the stores that carry the pet food include:

Hound & Gatos Pet Foods Corporation is a leader in healthy pet foods, and three-time winner of the “Most Trusted Pet Foods Company” award by TruthAboutPetFood.com. Additionally, the company has won the “Top Dog Foods” three years in a row by Whole Dog Journal. They never use things found in other popular pet foods, such as generic livers, carrageenan, chemicals, unidentifiable additives, and preservatives. They have also never had any of their food recalled.  Visit www.HoundGatos.com and discover the difference of premium quality hypoallergenic pet food. The products are distributed through Animal Supply Co., Pet Food Experts and Canada’s Global Pet Foods. The foods are also available in Canada, at PetOnly.ca.

Filed under: Lifestyle, Pets
Share Tweet Pin G Plus Email
previous article: Get Healthy Doing Your Daily Routine
next article: Why Is It Important to Use Only Professionals for the SEO of Your Website?