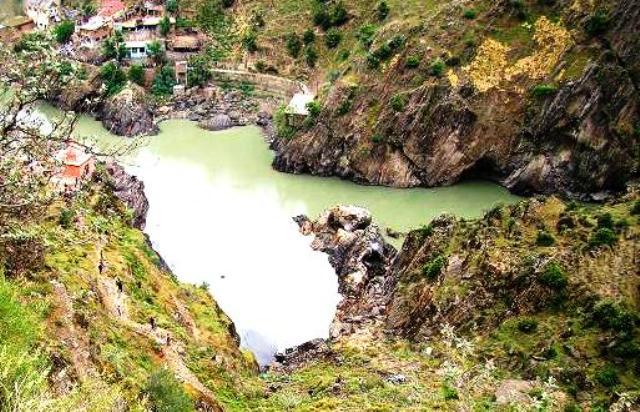 Jammu/Srinagar, May 07 (Scoop News) – Six including five Haryana students killed near Chenani on national highway and twelve others were  injured in road mishaps in J&K

Police said five students from Panipat and Sonipat districts of Haryana were killed and three others sustained critical injuries in a road accident on Jammu Srinagar National highway near Chenani on saturday.
Police said a Tavera vehicle, carrying eight students of ETT College Panipat , skidded off the road near Chenani in Udhampur district and fell into a deep gorge.Four students, and the driver of the vehicle, died on the spot while three others sustained injuries.
The deceased students were returning home after appearing in elementary teacher training examination, police said.

It may be mentioned that 11 devotees lost their life in a tragic road accident in Mahore tehsil of Reasi district on Friday.

In another incident one person died and seven others were injured in road accident in .

In continuation to road accident on 03.05.2011 at Malpora, falling under the jurisdiction of Police Station Qazigund, injured Abid Ahmad Ganie son of Abdul Rehman resident of Devsar Kulgam succumbed to his injuries on 06.05.2011 at SKIMS Soura, .
A Tata 407 passenger bus bearing registration number JK01C-3272 turned turtle near G.B Panth hospital, falling under the jurisdiction of Police Station Ram Munshibagh, , resulting in injuries to six passengers traveling in the vehicle. All the injured were hospitalized. Police has registered a case in this regard.

A Scooter bearing registration number JK01M-9937 hit and injured Ghulam Nabi Bhat son of Mohammad Abdullah resident of Khanqahi Moula at Bohri Kadal, falling under the jurisdiction of Police Station Nowhatta, . The injured was shifted to SKIMS Soura, . Police has registered a case in this regard.