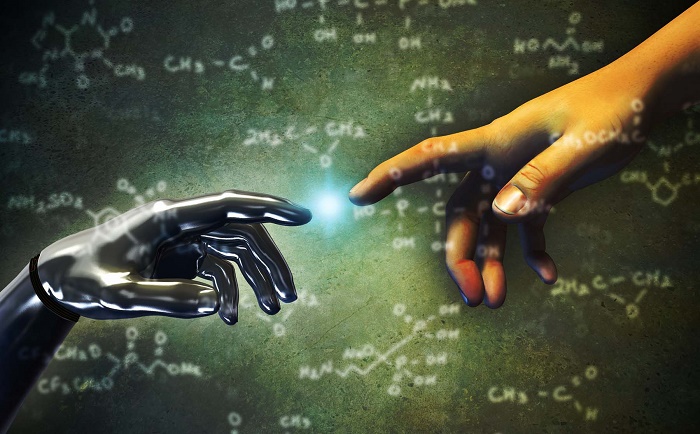 Back in the 1980’s, Harvard Professor of Medicine, Herbert Benson visited a group of monks living in the Himalayas and discovered that they were able to raise their body temperature by 17 degrees using a yoga technique called Tum-mo. We cannot teach you anything about temperature-rising yoga methods, however, there are different “body hacks” that can help you stay focused, increase your productivity and even give you certain “mutant-like” abilities. We should point out that some of these hacks are still in early stages of development, and are not recommendable to try at home. That being said, let’s look at the five interesting superhuman hacks.

1. Shocking the Brain into Working Better

This may sound a little painful at first, but small electrical shocks to your brain can temporarily boost your intelligence. According to an analysis in Restorative Neurology and Neuroscience, brain performance can definitely be improved through tDCS (trans-cranial direct current stimulation). The experiments a very low current (maximally 18.5 volts) for around 20 minutes; afterwards, test-subjects completed tasks in which they showed better cognitive control and math skills. Experiments like these are typically done with high quality equipment in a lab, but with a great deal of risk, ordinary people can make their own tDCS devices. Some people even buy them online for as cheap as $150.

Found in the oceans of the Southern Hemisphere, the deep-sea dogfish lives more than a mile below the surface; a chlorophyll derivative in its eyes helps it see in the dark deep waters. Last March, two biohackers, Jeffery Tibbetts and Gabriel Licina wanted to test a similar derivative – Chlorine e6, so they got a 100 mg from a medical supplier for less than $40. They knew that a heavy dose of it would burn their eyes, so they mixed it up with saline and insulin, and added the organic solvent known as dimethyl sulfoxide. Tibbetts dosed Licina’s eyes, and after two hours, the biohacker was able to identify people 50 feet away with 100% accuracy, while 4 other subject “only” a 33% success rate. We still don’t know when the product will be widely available to the general public, but there is some good news – so far, there have been no bad side effects recorded.

Ok, the first two things should not be tried at home, but this hack is recommendable to everyone. For years, speed-reading has been a viewed as a sign of intelligence. In pop culture, when a screenwriter is tasked with presenting us with a genius character, speed-reading tends to be the go-to skill for displaying their talents. However, you don’t need a Mensa membership in order to read quickly, in fact, you can learn how to do it in a matter of minutes. You simply need to get rid of the flaws that slow your reading down – and your biggest problem is subvocalization. Because whether you realize or not, you are saying every word aloud in your head while you are reading. By using a simple timer, you can force yourself to stop subvocalizing and read up to 300% faster.

Our fourth entry is a fairly unknown class of drugs and supplements that can increase your brain’s performance on key intellectual measurements. In the scientific community, these cognitive enhancers are known as “Nootropics”. They supply your brain with high levels of neurotransmitters that stimulate certain receptors and improve your learning skills, reasoning and memory. While these enhancers are still viewed as Sci-Fi by most of the mainstream media, there is an extensive research from neuroscientists that backs up their effectiveness, and as the Guardian reports, recently, they have become extremely popular in the Silicon Valley. So if you want to boost your brain, try a natural cognitive enhancer, such as the Lucid smart pill, and achieve your full potential.

People easily get lost, and in order to find your way around a new city, you usually have to ask for directions. However, two years ago, German scientist from the University of Osnabrück wanted to see if they could create a learned sense of direction. Therefore, they made 13 subjects (9 male and 4 female) ware monitor belts with 30 motors stitched on to an elastic fabric that indicated when they faced north for 7 weeks. Over time, the subjects improved their orientation skills on a sub cognitive level, and were able orientate themselves without any outside help (GPS, maps or asking for direction). You can find similar devices available as kits online – like the North Paw for example.

So there you have it, these are some of the most interesting body hacks that can help you improve yourself. While some these, you shouldn’t try at home (electro-shocking your brain is definitely not recommendable by any stretch of the imagination, no matter the voltage), but at least one of them demands just half-an-hour of your time.