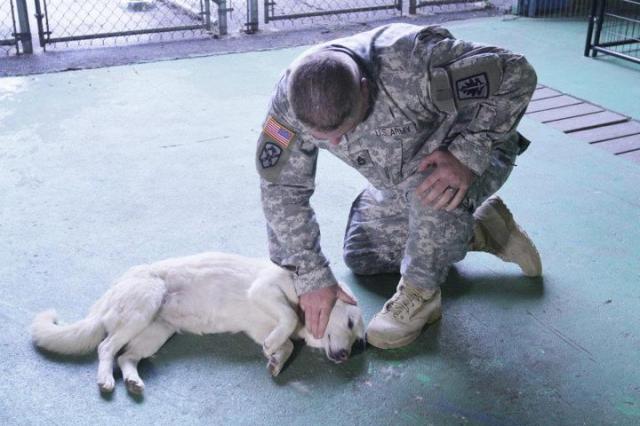 Post traumatic stress disorder (PTSD) is something that many people are vaguely familiar with. Yet they may not know exactly what it is or what can be done about it. PTSD is a mental health condition that can occur after someone has gone through a traumatic event, such as a war; this makes it common among veterans. The more people understand this condition, the more likely they will seek to receive the help they need in order to overcome it.

“Veterans have served time protecting our country. Once they come home, it is our job to step up and help protect them,” explains Robert Misseri, president of Guardians of Rescue. “Many of our veterans are suffering from PTSD and need resources and help in order to help them improve their quality of life. We try to do our part in helping those veterans, and have been successful so far.”

Here are 5 things every veteran should know about PTSD:

1.      They are not alone. PTSD is common among veterans, so much so that it is estimated that around 400,000 of them currently experience it. The U.S. Department of Veteran Affairs reports that the average PTSD rate for all adults is 6.8 percent. Yet for veterans it ranges from 12-31 percent, depending on their service. For example, the PTSD rate for those who served in Vietnam is 31 percent, while those who served in Iraq and Afghanistan is 14 percent.

2.      It changes people. According to the National Institutes of Health (NIH), PTSD changes the body’s response to stress. It does this by affecting the stress hormones and chemicals that carry information between the nerves. This creates an anxiety in people, one that comes with a range of side effects.

3.      They may have the symptoms. Some veterans may not recognize that they have PTSD, yet they may have some of the symptoms. Those symptoms include reliving the event, nightmares, emotional numbing, avoidance, being easily startled, and feeling irritated, among others. Veterans who have these symptoms for more than a 30-day period should be evaluated to determine whether they have PTSD.

4.      There are three main categories. The NIH breaks down PTSD symptoms into three main categories, which include reliving the event, avoidance, and arousal (e.g., anxiety, being paranoid, etc.). Each of these tends to disturb their day-to-day activity and life. Another aspect is that veterans may feel guilt about the event, or for being one who has survived it when others didn’t.

5.      There is help. There is help for those who have PTSD. Such things as having a good social support system, attending a support group, and desensitization treatment can be helpful in preventing and addressing it. Animal therapy is another effective treatment method, which involves getting veterans around animals, such as getting them a dog.

The group is making plans to visit military bases and pick up dogs of those soldiers who need help taking care of them while they are serving abroad. This is instrumental so they don’t end up in high kill shelters and can be adopted out or placed in foster homes. They have recently made stops at Fort Stewart and are soon heading to Fort Bragg.

Guardians of Rescue has a program called “Animals Helping People,” where they pair shelter dogs up with veterans suffering from PTSD or other psychological conditions. Army Corporal John Wallace is part of this program to help the soldiers. He teamed up with the organization after they sent him his beloved “Tommy” after he returned from the war. Together, they have helped transport 10 dogs from Afghanistan to the United States and have reunited them with the U.S. soldiers that cared for them during combat.

“Many times, soldiers rely on the dogs they find as their eyes and ears,” explains John Wallace. “But when the troops finally leave, the animals are just left to fend for themselves, and often become targeted. Reuniting these soldiers with the dogs they had while deployed is therapeutic.”

Filed under: Health & Science, Lifestyle
Share Tweet Pin G Plus Email
previous article: Armenia Introduces Changes to How Disabled Benefits Are Assessed
next article: Love is Within: the Answer to Bipolar Disorder