Virtual reality (VR) and augmented reality (AR) are all over the news right now. Everyone from Jimmy Fallon to CNN is embracing the technology, but it might not be immediately obvious how it fits into our regular lives, beyond entertainment. None of us can wait to slip on a head mounted display and go on fantasy adventures with next-generation video games, but what about more serious pursuits? 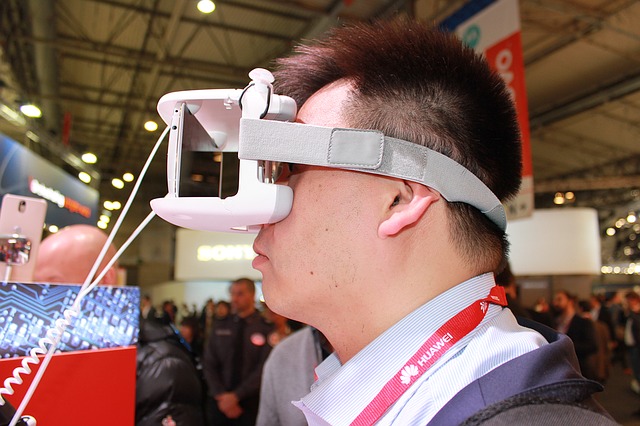 If you’re wondering that, you’re not the only one. Technology innovators are devoting serious thought and resources to developing personal productivity applications for VR and AR. The fact is, personal productivity is poised to become one of the top drivers for the virtual reality industry.

The field is still a very new one, but some forward thinking companies have already made inroads. If you’re ready to experience how VR and related technologies can positively impact your personal productivity right now, you have some options. Browse through and explore, and please let us know about your own finds! Personal productivity VR apps are coming out at a steady clip, and the pace is only picking up as time goes on.

Required Hardware: Oculus Rift or HTC Vive
Where to Get It: Steam

Virtual Desktop does exactly what the title implies. Your desktop and app windows appear floating in a virtual environment, and you’re free to resize them or rearrange them as you wish. Essentially, it lets you use your computer and its programs in a variety of fantastic environments ranging from a beautiful desert to outer space.

Virtual Desktop was conceived and developed by just a single person, Guy Godin, and it’s such a simple concept. Godin was the first to actually bring the idea to fruition, though, and it’s so well-executed that he’s earned his place as a VR pioneer. By simply taking your ordinary Windows desktop and placing it in a virtual world where you can expand and organize it freely, he’s taken the first steps to actually realizing the value of VR in personal productivity.

Required Hardware: Oculus Rift
Where to Get It: Viarum Software

There are a number of media players available for head mounted displays, but few are as full-featured as LiveViewRift. The software supports a wide variety of media formats from a number of sources. It can play local files, stream from YouTube, and even stream from network-enabled cameras.

That last one is the most interesting from a productivity standpoint. Viarum has created one of the first tangible glimpses into what VR could do for telepresence. Using already available technology, it is now possible to virtually attend meetings, seminars, and live events more effectively than ever before. Viewing such an event through the Rift results in a startling sense of presence and immediacy, and it’s far more engaging than a computer monitor could ever be.

Required Hardware: iOS or Android device
Where to Get It: iOS App Store or Google Play

Google is a frontrunner in accessible VR with their ingenious Google Cardboard, a device that can turn almost any smartphone into a head mounted display. With Google Translate, they have made inroads into augmented reality that are just as impressive.

Using the free app, one can translate text in the real world by simply aiming a smartphone. Point your phone’s camera lens at a sign, document, or any other text, and the app will translate it on your screen in real time. It’s an almost magical experience to watch the letters rearrange themselves on the screen, and it’s all the more stunning for its speed. No need to save photos or wait for a progress bar to fill. Just point the camera and understand the text.

Required Hardware: Oculus Rift
Where to Get It: Not currently available

Although it was only shown at Bloomberg’s Next Big Thing Summit in 2014, their virtual trading terminal was an amazing look at the possibilities of the virtual workplace. Using Oculus Rift head mounted displays, visitors to the event could see what a stock broker’s life might become in the next few years.

According to Engadget, which covered the event, the trading terminal “puts infinite screens before your eyes, allowing you to view as much financial data as you desire.” The terminal was only a proof of concept with mocked-up data, but the demonstration was still an awe-inspiring glimpse into the future of virtual reality productivity.

Required Hardware: HTC Vive, iOS or Android device
Where to Get It: iOS App Store or Google Play

For virtual reality to really establish itself as a personal productivity tool, it needs to integrate with that other electronic device we all use in the workplace every day: the smartphone. Disappearing into the virtual world to catch up on your to-do list isn’t possible if you have to keep removing the display to answer calls or texts.

Fortunately, HTC saw the issue immediately and quickly came up with an answer. The HTC Vive companion app works with Apple and Android devices to seamlessly integrate text messages and calls into the virtual experience. Notifications of these events appear as discreet pop-ups in VR, and are also stored in the dashboard so you can address them later if needed. On Android, the app even lets you respond to calls and messages using customizable pre-programmed messages.

The Current State of VR and AR Personal Productivity

Like most of the virtual reality industry, personal productivity is more promise than reality at the moment. The technology and potential are there, but the software is largely yet to come. The field is wide open for developers to capitalize on that potential, and as you can see, the possible applications of technology are almost limitless.

Virtual reality is a game changer, and it is here to stay. As VR continues to take hold of the public imagination, the opportunities to make a mark on this new virtual world are expanding daily.