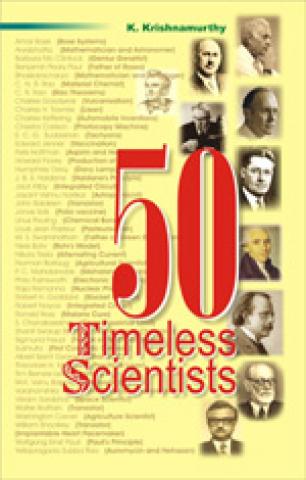 Here we have scientists who missed Nobel Prize and those whom Nobel missed.
• A Nobel Prize awarded to Pauling was branded as an insult! But he is the only one to receive two unshared Nobels.
• Bardeen returned to Swedish king for another Nobel as if to fulfill earlier promise.
• Ironically an Agricultural Scientist received a Nobel Peace Prize. Yes! What is peace without food?
• An anguished Barbara Mc Clintock refused to publish her papers, but Nobel committee discovered her.
• Then we have scientists who received awards in prison cells, scientists who made discoveries in the prison cells.
• Tesla was thrown out of his labs, cheated by another great man but his alternating current runs our homes now.
• Carlson went from pillar to post with his photocopy machine and it is now the Xerox.
• Townes had a revelation for LASER on a park bench.
• When Maiman made it practical, a Hollywood actress, Bette Davis wondered if it is a death Ray.
• Medicines from Jenner, Pasteur and the like consigned some diseases to history.
• If only Subba Rao had lived a few years more, he would have killed some more diseases.
• A trio of scientists transformed the twentieth century by inventing the transistor.
• To top it, a scientist who was not allowed to go on a holiday invented the microchip.
• New York Times reversed its ridicule ladled out on a rocket scientist after 40 years only after man landed on the moon.
• A school techer testified in the court to save his old student, Fansworth for his rightful invention, the television.
• Davy openly declared his student as his greatest discovery, Michael Faraday!

You have them all!

Biographies that educate and entertain too!!

If interested in buying this book, please visit: http://www.pustakmahal.com/book/book/bid,,9412C/index.html