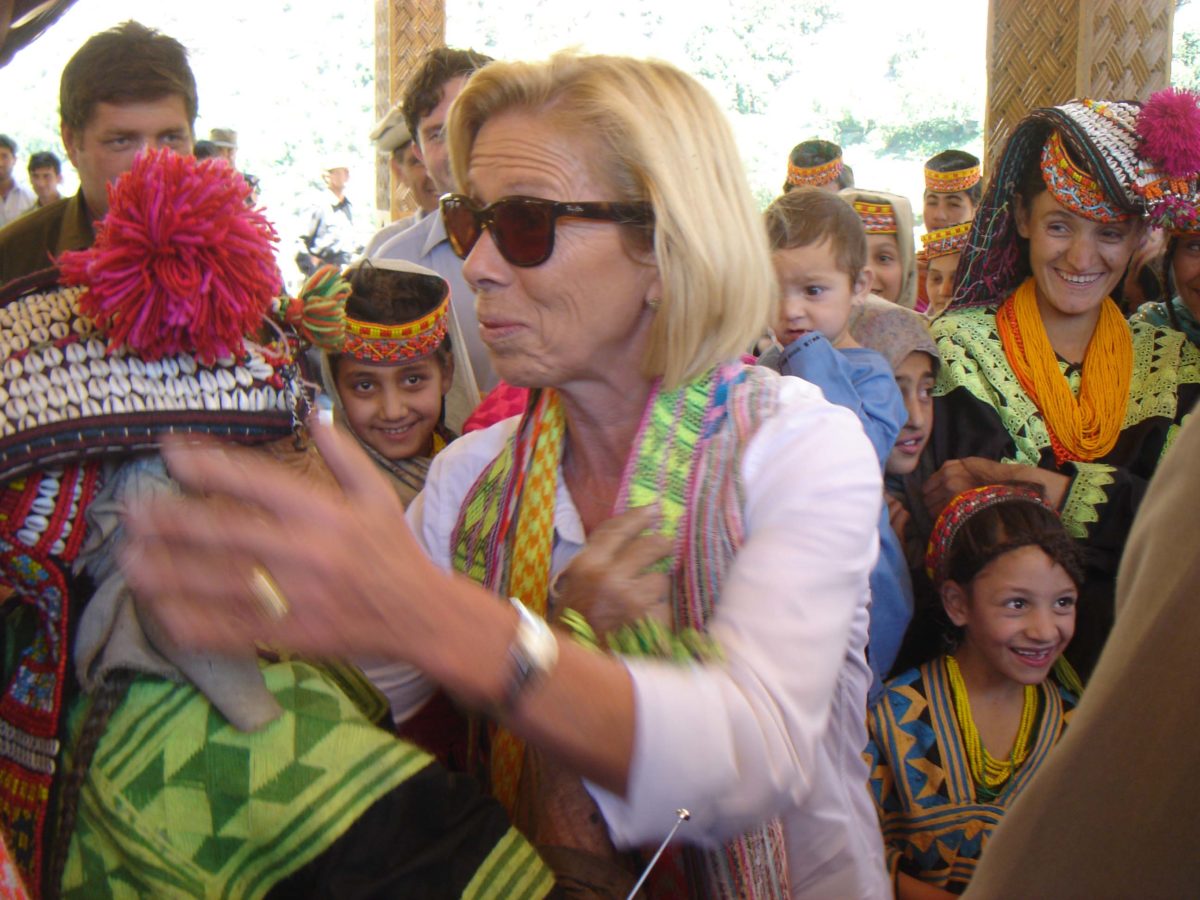 Norwegian Government funding for several uplift schemes at Kalash valley.
By: Gul Hamaad Farooqi
CHITRAL: Norwegian Government spending a huge amount on uplifting of Chitral in particular and specially at Kalash valleys through Chitral Integrated Area Development Program (CIADP). These developmental schemes consisting on construction of Charsoo worship places of Kalash, Jastakhan religious matters celebrating center, wash rooms, protection wall and Bashalini (maternity and menses homes for Kalash women) at Rumboor and Bumborate valleys of Kalash. Norwegian Ambassador to Pakistan Cecilie Landsverk, (Royal Norwegian Embassy) Nanna Thue Counselor, Mr. Terje Barstad Deputy Ambassador, Minister Counselor and other diplomats visited Kalash valleys for monitoring and assessments of the work done by Norwegian fund. They were warmly welcomed by Kalash as well as Muslim community on their arrival to Rumbor who visited wash rooms at Mosque and Charsoo where Kalash people celebrating their annual religious festivals. These schemes were completed by Ayun and Valley Development Program (AVDP) through financial and technical support of CIADP a Norwegian funding basis organization. They were presented tradition gifts of Kalash and were given shining shirts by Qazis religious leaders of Kalash which is a symbol of high respect. Talking to the local community Norwegian ambassador said that Kalash people are famous on world level due to their unique tradition, customary and dress. She said that Norway always supporting such indigenous people for conservation and preservation of their thousands years old culture. Local people hailed dedicated services of CIADP and thanked Norwegian government for donating a huge amount for uplift of Chitral.
Later on the Diplomats visited Bumborat valley where protection bund and a Jastakaan (worship place of Kalash community) were completed by Norwegian fund. As the valley was in great thread by flood from local river and a big part of the valley was damaged by flood and soil erosion. They expressed their great satisfaction on standard of work and appreciated efforts of local support organization. A get together was also held at Bumborate comprising over Muslim and Kalash community who thanked Norwegian government for their support. Managing Director of CIADP Thrive Azar Ayaaz urged on local people to maintain their exemplary peace and strengthen their mutual harmony for sustainable development of the valley. Ambassador and other diplomats also visited Jastakan a worship place of Kalash people where they celebrating death ceremony for 3 days on death of a man and 1 day if a woman died. Local people thanked CIADP as well as Norwegian government for their support and demanded for continuation and expending their programs at this backward locality which is almost neglected in past. A lage number of people belonging to both communities were present on the occasion.
G.H. Farooqi C/O Manager bank Islami Main branch Chitral phone No 0943-320737, 0943-316052, 0943-414418 , 03025989602, 03337069572, 03159698446, 03469002167
email: gulhamad@gmail.com