However the creator of this lantern Mr.Madagedera who was attached to the Salary Section of the hospital has suddenly demised on April this year and the son of his had completed the lantern and displaying it at the national hospital.it had taken 10 months to finish this colorful lantern it has been revealed. 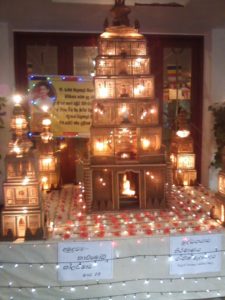