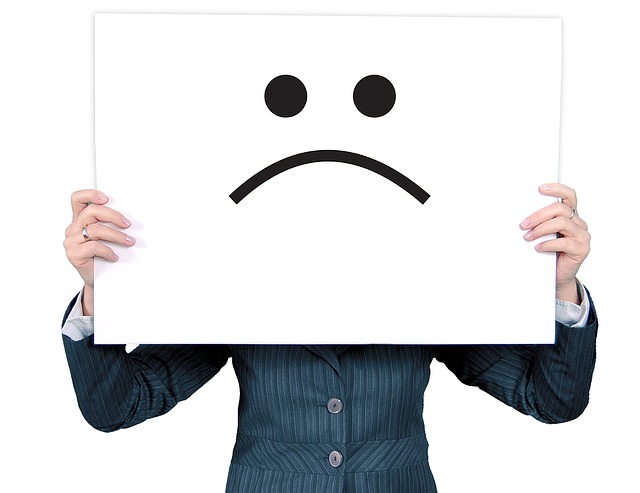 We’d like to think we’re objective. We’d like to believe that we’re like judges, who weigh the evidence for and against before deciding what is the right answer. We’re wrong on both counts. We’re not objective. We are – as the Nobel prize winning psychologist Daniel Kahnemann explains in his book Thinking fast, thinking slow – more like lawyers, who pick a side (often for reasons we’re not even aware of) and then will find whatever arguments we can to support our arguments. And the arguments against our position? Well, we’ll completely ignore them. That’s the confirmation bias (I discuss it below).

Obviously, this has its drawbacks, with us quite often not making optimal choices. It’s not all bad news, however. There is plenty of evidence that the mental prejudices, or cognitive biases, we’ve got are occasionally quite beneficial in keeping up going and giving us (the illusion) of control over our lives.

If you think about it, we’re very overconfident. The vast majority of us believe that we will make a difference that we will end up changing the world even though there are mountains of data that demonstrate the incredible unlikelihood that this will happen. After all, there are seven billion of us and only a few thousand people (if we’re being generous) get to make a real difference in the world, that means individually we’ve got less than a .0001% chance to have any serious effect.

And yet we don’t care. We entirely ignore statistics like these and continue going regardless.

The thing is, that’s probably a good thing, because if we wouldn’t be so overconfident very few of us indeed would have any reason to get out of bed in the morning. In fact, there is some evidence that depressed people might be more objective than the rest of us. And none of us are going to argue that they’ve got the right outlook on life, are we?

I already briefly mentioned it. This is where we look for evidence to support our position while we ignore that which doesn’t. This goes so far as that we’re actually less likely to remember contrary evidence!

Now, admittedly, that might not actually make for very good decision making, especially when we’re wrong, but continue to cling to our positions because we feel we’ve logically reasoned them out when we haven’t.

On the other hand, what it does do is make certain that we don’t second-guess ourselves too much when we’ve made a decision and that can help you to survive the hard times as we spend our energies to complete a task that we’ve set ourselves. Also, it serves to protect our egos, after all, the last thing we want to do is doubt ourselves too much when the times are tough and we need the wherewithal to keep ourselves going.

If we truly believe something will help, it often does – regardless of whether it in and of itself has any helpful properties. That’s the power of the placebo effect. The effects are not small, either. If somebody believes a medicine is going to work, then often it can. This is probably one of the reasons why so many people in days past believed in faith-healing and witchcraft.

There is even something called the nocebo effect, which is the opposite of the placebo effect and it is so powerful that it can cause you serious distress and possibly even kill you. Just thought you might like to know that.

Why can the placebo effect get you through the bad times? Well, if you truly believe that something will work, then it might just work because of your beliefs. It’s a bit like a self-fulfilling prophecy if you will. And that can be tremendously beneficial when the going gets rough.

This is the idea that we can do anything we set our minds on doing, rather than the (more accurate) belief that though we might excel in some areas, while in most areas we’re quite limited and might not be capable of whatever it is that needs doing.

Now this mindset might have us engaging in activities that we can’t hope to succeed at, but at least it lets us try, rather than declaring a situation as hopeless and simply giving up on it. And that is exactly what we occasionally need – because if we don’t try we can’t succeed, while if we do try we might still fail, but at least there’s chance we get lucky.

And then there’s good old denial, where we subconsciously reject something that is obviously true, simply as accepting it would make us recognize some very uncomfortable truths about ourselves. This is what keeps an alcoholic from admitting he is one, despite the pile of bottles beside his bed.

It’s also a tool used by many people who are in trouble to not have to admit any such thing so that they can at least keep going and try to solve it. Here the idea is the same as above. Simply by trying some problems can be defeated, while giving up always means failure.

Finally, there’s blind-spot bias, which is the bias where you don’t think any of these biases apply to you (come on, admit it, you thought it at least once as you went through this list). It’s kind of like a meta-bias and it is responsible for making you think that you – unlike everybody else – are perfectly rational and objective, even while everybody else is obviously afflicted with these problems.

And obviously, that’s immensely helpful in helping you maintain your convictions. After all, it’s important that we think that we’re objective and arrived at our conclusions because we reasoned through them logically (even though all the evidence demonstrates that we’ve done nothing of the kind). That will make certain that whatever positions and opinions we have will receive the full force of our conviction, which might be just what we need to pull us through the dark times.

And who knows, there might be time to reassess our beliefs when the sun in once again shining. Actually, who am I kidding? If the sun is shining then obviously it’s us and our beliefs that are responsible!

Filed under: Lifestyle, Self-Help
Share Tweet Pin G Plus Email
previous article: Photographers should get a flexible and multipurpose Photography WordPress theme
next article: Vines in the Auxois Hills Once Again